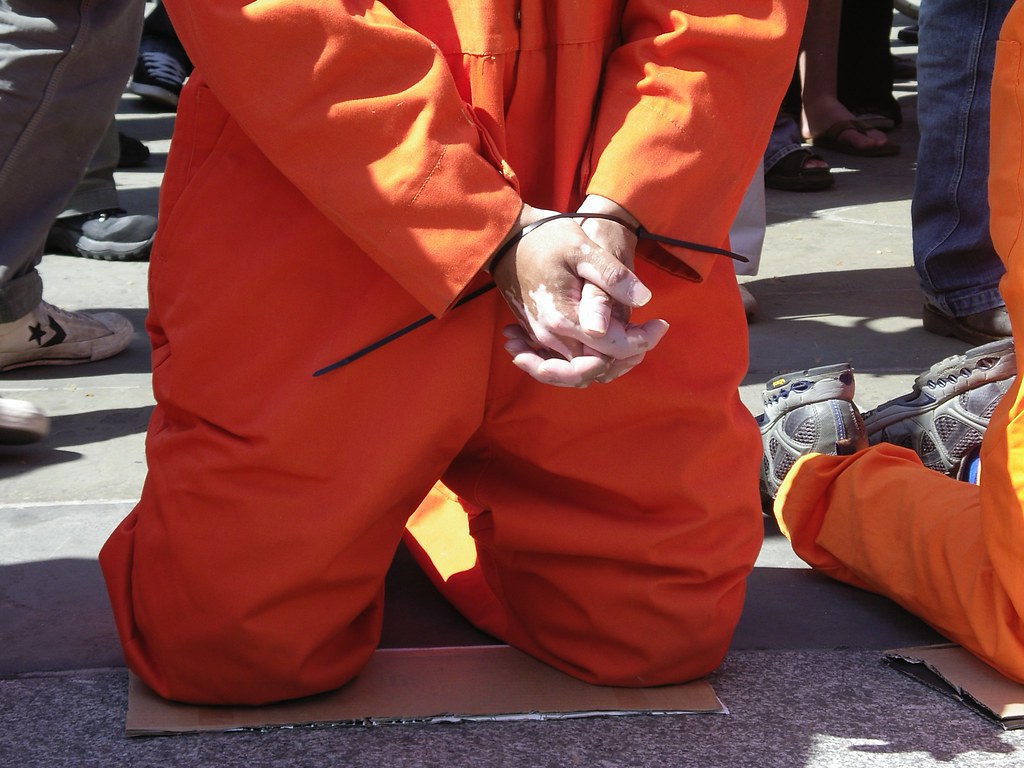 Trump vowed during his campaign to bring back outlawed interrogation techniques like waterboarding and “much worse,” and his new pick to head the CIA has a troubling history of overseeing these inhumane practices.

America’s debate over the use of torture took front stage in the wake of Trump’s nomination of Gina Haspel to head the CIA.

The New York Times reported earlier this week that: “Trump on Tuesday ousted his secretary of state, Rex W. Tillerson, extending a shake-up of his administration, 14 months into his tumultuous presidency.”

Trump took to Twitter announcing that he would replace Tillerson with Mike Pompeo, the current CIA director, who in turn would be replaced by the current deputy director of the CIA, Gina Haspel.

In a separate article, The New York Times reported on Haspel’s dark history of involvement in extraordinary interrogation techniques.

Just over a year after the Sept. 11 attacks, the C.I.A. dispatched the veteran clandestine officer Gina Haspel to oversee a secret prison in Thailand….

Ms. Haspel’s time running the prison, code-named Cat’s Eye, began her deep involvement in the agency’s counterterrorism operations and showed her willingness to take part in the agency’s rendition, detention and interrogation program, which shaped her career…

The Atlantic reported on Haspel’s tenure as head of that secret “black site” prison in Thailand, using a 2014 Senate report on torture which detailed what “enhanced interrogation” really entailed.

In a 6,700-page classified report on the CIA’s interrogation programs, the Senate Intelligence Committee documented among other things what agency contractors and personnel did at the site to Abu Zubaydah—a Saudi-born Palestinian citizen accused of a “key role” in al-Qaeda, including possible advance knowledge of major attacks—and Abd al-Rahim al-Nashiri—a Saudi national suspected of involvement in al-Qaeda’s bombing of the American destroyer USS Cole in 2000…. Haspel’s tenure began after the Zubaydah episode, according to The New York Times, but coincided with at least some of the torture of Abd al-Rahim al-Nashiri. (Both are now imprisoned at Guantanamo Bay, where they are considered “high value” detainees.)

The committee released a declassified summary of its report in 2014. Among other key conclusions, the committee’s majority held that the CIA had not only misled policymakers and the public about the nature of its interrogation programs, but also that the techniques used were ineffective as well as brutal. Though Haspel’s name never appears in the declassified summary, other reports have identified her as having been in charge of the Thailand site, which the summary refers to as “Detention Site Green.”

The Atlantic published “lightly edited for length” excerpt of the the Intelligence Committee’s summary report dealing with what happened at CIA black sites, including at Detention Site Green.

The end of the excerpt included the following stunning information: “CIA personnel at DETENTION SITE GREEN reported being disturbed by the use of the enhanced interrogation techniques against Abu Zubaydah. CIA records include the following reactions and comments by CIA personnel.”

“After the use of the enhanced interrogation techniques ended, CIA personnel at the detention site concluded that Abu Zubaydah had been truthful and that he did not possess any new terrorist threat information.”

What to expect from Haspel’s confirmation

With [Trump’s] elevation of Ms. Haspel, now the agency’s deputy director, Mr. Trump displayed a willingness to ignore the widespread denunciations of waterboarding, sleep deprivation, confinements in boxes and other interrogation techniques that were used by the C.I.A. more than a decade ago….

Her nomination is certain to reignite the wrenching debate over their use and the resulting psychological damage for terrorism suspects. Though lawmakers, human rights activists and others eventually condemned the interrogation methods as torture, the program had defenders. Among them was Mr. Trump, who vowed during his campaign to bring back waterboarding and once said that “torture works.”…

During her Senate confirmation, Ms. Haspel will be forced to answer unsettling questions about waterboarding and her interactions with detainees. She will probably have to answer whether she would agree to reinstate waterboarding as the president has suggested and whether she believes that torture is an effective way to extract information from terrorism suspects.

“I don’t envy her trying to get through confirmation,” said Robert Eatinger, the former top lawyer in the C.I.A.’s Counterterrorism Center. “It’s going to be the first chance for senators to have someone intimately involved in the program in front of them to answer questions. I think they’ll take full advantage of that opportunity.”