Twitter Blows The Lid Off Of Trump’s Latest Lie 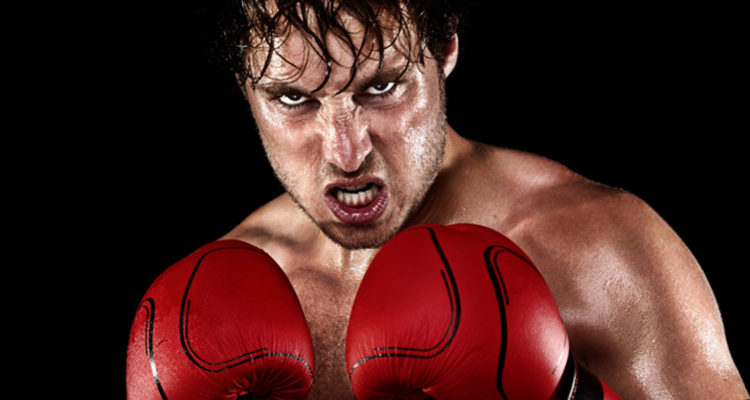 Jealous, as always, Trump took to Twitter Sunday morning claiming he is better than Obama – and Twitter punched back.

Trump appears to be losing it in the wake of mountains of stunning revelations the last few weeks – from the Stormy Daniels scandal to Robert Mueller’s increasingly successful investigation and several points between.

As one might expect, Twitter was quick to respond with several users pointing out that: “After the 2010 midterm elections, [Nate] Silver concluded that Rasmussen‘s polls were the least accurate of the major pollsters in 2010, having an average error of 5.8 points and a pro-Republican bias of 3.9 points according to Silver’s model.”

Nate Silver went so far as to publish an article in November 2010 for The New York Times analyzing Rasmussen‘s performance.

It is also noteworthy that FiveThirtyEight‘s most recent pollster rating gave Rasmussen a C+.

Continuing, Rasmussen reported that: “The latest figures include 30% of all Likely Voters who Strongly Approve of the way the president is performing and 44% who Strongly Disapprove. This gives him a Presidential Approval Index rating of -14.”

A couple other noteworthy responses included:

However, the most hilarious response may have come from Trump supporter Frank from Florida who posted a tweet including his own poll.

“Do you approve of the job @POTUS has done so far? Retweet and let’s #poll ourselves!” he tweeted.

Do you approve of the job @POTUS has done so far? Retweet and let’s #poll ourselves! 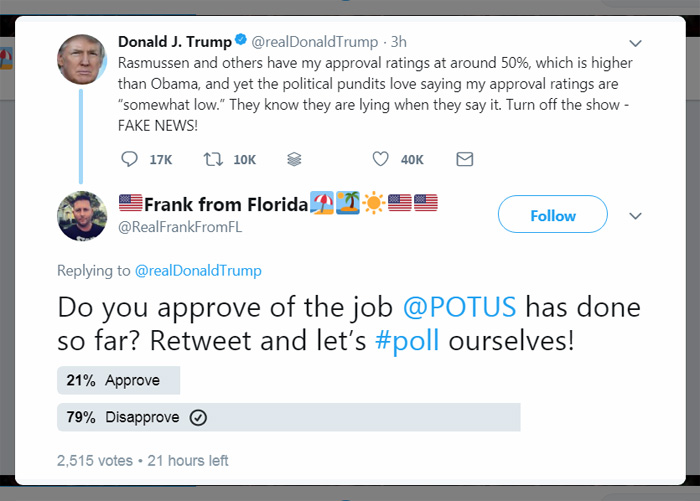