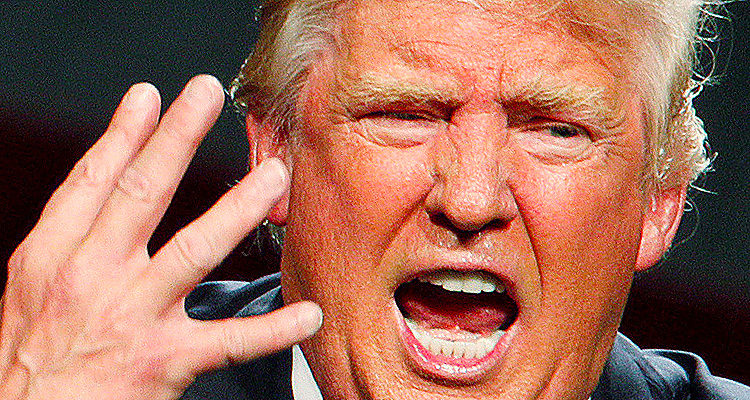 The Dow Jones Industrial Average fell, Twitter erupted, and Republicans turned against Trump in the wake of his weekend Twitter tantrum.

Apparently feeling emboldened of the wake of recent White House staffing shake-ups and the late Friday firing of former FBI deputy director Andrew McCabe, Trump chose to ignore that advice and took aim at Mueller in a series of weekend tweets calling his investigation into possible collusion between his campaign and Russia a “witchhunt” and attacking Mueller’s credibility.

His Twitterstorm began Saturday afternoon with a tweet aimed at McCabe. “The Fake News is beside themselves that McCabe was caught, called out and fired. How many hundreds of thousands of dollars was given to wife’s campaign by Crooked H friend, Terry M, who was also under investigation? How many lies? How many leaks? Comey knew it all, and much more!” he tweeted

Several hours later, he posted a response to his own tweet, calling out Mueller by name.

“The Mueller probe should never have been started in that there was no collusion and there was no crime. It was based on fraudulent activities and a Fake Dossier paid for by Crooked Hillary and the DNC, and improperly used in FISA COURT for surveillance of my campaign. WITCH HUNT!”

On Sunday, Trump was back at it first thing in the morning. He started out with a couple of tweets lashing out at McCabe and former FBI director James Comey before setting his sites on Mueller again.

“Why does the Mueller team have 13 hardened Democrats, some big Crooked Hillary supporters, and Zero Republicans? Another Dem recently added…does anyone think this is fair? And yet, there is NO COLLUSION!” he tweeted.

As one might expect, Twitter was swift to respond with several leading journalists and politicians both criticizing and fact-checking Trump’s claim. There was other blow-back, as well, which we will discuss below.

CNBC, the business arm of NBC News, reported on the impact of Trump’s tweets on the Monday’s stock market.

Continuing, CNBC reported that: “The recent turmoil in Washington has this bull market ‘limping,’ according to Lori Calvasina, head of U.S. equity strategy at RBC Capital Markets.”

The attack on Mr. Mueller, a longtime Republican and former F.B.I.director appointed by a Republican president, George W. Bush, drew immediate rebukes from some members of the party who expressed concern that it might presage an effort to fire the special counsel. Such a move, they warned, would give the appearance of a corrupt attempt to short-circuit the investigation and set off a bipartisan backlash.

“If he tried to do that, that would be the beginning of the end of his presidency, because we’re a rule-of-law nation,” Senator Lindsey Graham of South Carolina, an ally of the president, said on “State of the Union” on CNN. “When it comes to Mr. Mueller, he is following the evidence where it takes him, and I think it’s very important he be allowed to do his job without interference, and there are many Republicans who share my view.”

The Hill reported that: “Trump’s criticism of Mueller in the wake of both McCabe and Secretary of State Rex Tillerson‘s firings has sparked speculation that Mueller could be next on the chopping block. But Democrats and Republicans say that would be the wrong move for Trump.”

“Give him the time, the resources, the independence to do his job,” House Oversight and Government Reform Committee Chairman Trey Gowdy (R-S.C.) told “Fox News Sunday” of Mueller.

BBC News reported that: “Republican Senator Jeff Flake, a frequent Trump critic, said it appeared the president’s latest comments seemed to be preparing the ground for the firing of Mr Mueller.”

“I don’t know what the designs are on Mueller, but it seems to be building toward that, and I just hope it doesn’t go there… We can’t in Congress accept that,” he told CNN….

AshLee Strong, a spokeswoman for the Republican Speaker of the House of Representatives, Paul Ryan, said: “As the Speaker has always said, Mr Mueller and his team should be able to do their job.”

One of Trump’s more blatant lies was his claim that Mueller’s team was comprised of “13 hardened Democrats, some big Crooked Hillary supporters, and Zero Republicans.”

Pounding the last nail in Trump’s coffin, The Washington Post concluded their article reporting that: