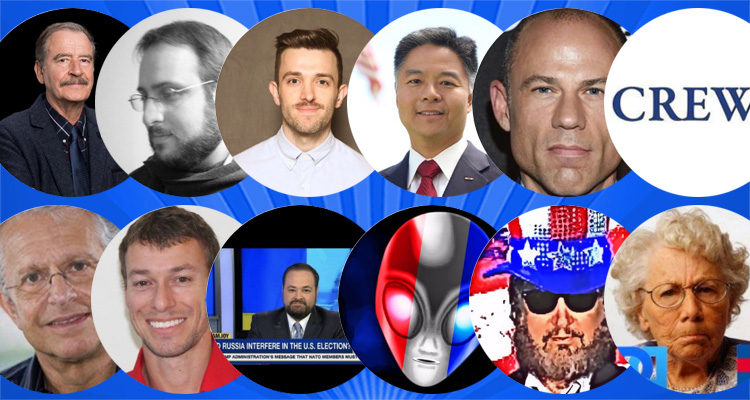 Barack Obama successfully leveraged his Twitter account during his 2008 campaign for President, and on May 18, 2015 he sent his first tweet from his verified @POTUS account, “which had more than 217,000 followers in its first 45 minutes,” according to a report by Reuters.

However, it’s Trump who seems to have leveraged Twitter; CNN‘s Van Jones predicted the rise of Trump’s use of the platform in an October 2015 article, stating:

Sadly, that prediction became true; and in May 2017, The Washington Post reported on the significance of Twitter:

If anyone knows how important Twitter is to Donald Trump, it’s the president.

“Without the tweets, I wouldn’t be here,” he told the Financial Times last month.

Continuing, The Washington Post wrote that Twitter co-founder Evan Williams apologized for the company’s possible role in getting Trump elected.

Williams, who still sits on the company’s board of directors, recently told the New York Times that he wants to repair the damage he thinks Twitter and the broader Internet have wrought on society in the form of trolls, cyberbullies, live-streamed violence, fake news and — yes — Trump.

“I thought once everybody could speak freely and exchange information and ideas, the world is automatically going to be a better place,” Williams told the Times. “I was wrong about that.”

“If it’s true that he wouldn’t be president if it weren’t for Twitter, then yeah, I’m sorry,” he said.

However, there is hope in the form of an active anti-Trump resistance movement that has emerged in response to his administration and his tweets.

CNN reported in January 2017 of the rise of “many comedians, politicians, celebrities and citizens who are trying to use Trump’s favorite communication platform against him.”

“Twitter has a lot to do with Trump’s appeal, and therefore it’s a very logical space for resistance,” says Ethan Zuckerman, director of the Center for Civic Media at MIT. “You’re starting to see these … accounts that basically say, ‘Hey, Mr. President, you value this medium that allows you to speak directly to the public. Turns out we can do that just as well as you can.'”

“The goals vary for Trump’s Twitter critics,” CNN continued. “Some hope to disrupt what they see as propaganda by fact checking and criticizing Trump’s tweets in real time. Others hope to get the attention of the media, President Trump’s staff and maybe even the president himself.”

One thing is certain, the Trump presidency has changed the face of Social Media, creating a launching pad for a new kind of resistance.

1. Vicente Fox – The president of Mexico form 2000 to 2006 Fox can be found tweeting out expletives about Trump’s f***ing wall or posting videos mocking the bigoted-billionaire. Most recently you can find him plugging his “Can’t Build A Wall If Your Hands Are Too Small” apparel.

Stand up for what you believe! Help me continue to spread the message of good and compassionate leadership in @centrofox, so we can start building bridges instead of useless walls. Get your shirt at https://t.co/lRhyRIWF1m pic.twitter.com/3pzG837iy7

2. Seth Abramson – For those unfamiliar with his work, Abramson has been publishing extensive Twitter threads and mega-threads regarding the ongoing investigation into alleged ties between the Trump campaign and Russia. And, while he has his critics, Abramson – a former public defender at both the state and federal level – has an impressive resume.

Most recently he discussed the newly released memos by former FBI Director James Comey in a 50-part mega-thread. For those interested in studying more of his work, a reader (@chicken_afraido) has created a document linking to every Trump-Russia thread published by Abramson going back to autumn of 2016.

(THREAD) This thread discusses the most significant passages in the just-released Comey Memos. I hope you'll read and share. pic.twitter.com/Jm4hlnnA9m

3. Kyle Griffin – An Emmy-nominated producer, writer and editor, Griffin currently works as a segment producer for MSNBC’s “The Last Word with Lawrence O’Donnell.” Griffin covers a wide-array of topics daily.

“But it took decades to unwind the elaborate farce Trump had built… Nearly every assertion supporting that claim was untrue. Trump wasn’t just poorer than he said he was. Over time I have learned that he should not have been on the first three Forbes 400 lists at all.” https://t.co/d1IMdWLxCy

4. Ted Lieu – An Air Force veteran, currently holding the rank of Colonel in the reserves, and former California State Senator, Lieu has been serving as the U.S. Representative for California’s 33rd congressional district since 2015.

Dear @realDonaldTrump: The way life in America works is that Michael Flynn can write a book too.

You seem angry again. Time to come to CA & do one of your unhinged rallies. Tell us how a trade war helps our farmers & capping the SALT deduction helps our middle class families. https://t.co/WFVhMLEGXs

5. Michael Avenatti – Widely considered one of the foremost trial lawyers in the nation, Avenatti has been tearing up Twitter with his daily updates regarding the status of current client Stormy Daniel’s lawsuit against Trump. He also covers an array of other topics impacting the Trump administration – such as the recent raid on Trump’s personal attorney Michael Cohen and the possibility he will flip.

See below. As I have been stating for weeks. This is what happens when you pick the Pink Panther as your “fixer” and trust him with all of your secrets (no disrespect to the Pink Panther). #bastahttps://t.co/omu9i5MiFA via @WSJ

6. Citizens for Responsibility and Ethics In Washington (CREW) – The name says it all, but if you want a little more information, their website offers the following information:

CREW uses aggressive legal action, in-depth research, and bold communications to reduce the influence of money in politics and help foster a government that is ethical and accountable. We highlight abuses, change behavior, and lay the groundwork for new policies and approaches that encourage public officials to work for the benefit of the people, not powerful interests.

Here are some key events from the first weeks of Trump’s presidency concerning Mike Flynn and James Comey: pic.twitter.com/uGsYPd1GoD

He has taught at its Law School since 1968 and was voted the best professor by the graduating class of 2000. The title “University Professor” is Harvard’s highest academic honor, awarded to just a handful of professors at any given time and to just 68 professors in all of Harvard University’s history….

There are more ways than one for us to hold the Trump campaign, Russia, and Wikileaks accountable for the massive damages inflicted by their treacherous conspiracy. And this is one avenue Trump can’t do anything to obstruct: https://t.co/pdJNhnekcl

8. Brian Krassenstein  – Educated at Rutgers University, Krassenstein is the co-founder of Forum Advertising LLC, a Twitter personality, writer, and editor. He is in the trenches posting multiple daily tweets about the Trump regime.

The WH says that Trump won't attend Barbara Bush's funeral 'out of respect' for family.

Since when did not attending someone's funeral show "respect"?

Heck, I'm going to say that helping someone move, folding laundry and washing dishes shouldn't be done out of 'respect' as well

9. Scott Dworkin – Co-founder of the Democratic Coalition, Dworkin’s official bio on their website notes, in part that:

He is also a veteran of both the 2008 and 2012 Obama campaigns. To date, Scott has worked in all 50 states.. Scott also serves on the Advisory Boards for the New Leaders Council and Democratic GAIN. He was named to the Campaigns & Elections Magazine’s 2011 class of Rising Stars. He received a BA in Political Science and a BA in Sociology at North Carolina State University.

It’s Friday and Trump is still in Florida at Mar-a-Lago, on another taxpayer-funded vacation. His longest and most expensive one to date. Wasting millions, because he’s the most corrupt president ever. Making money off foreign governments, his staff and secret service. Pathetic!

10. McSpocky – Boasting over 200K followers, McSpocky is listed as Top 1% Twitter Influencer in the Liberal Community by internet influence analysis company Klear, he is another Twitter personality hitting the platform daily to wreak havoc on Trump & Co.

11. Tea Pain – With nearly 350K followers, Tea Pain is another important Twitter influencer who describes himself as a: “Faithful Foot Soldier of the #Resistance.” We agree.

12. Aunt Crabbie calls Bullshit – Aunt Crabbie is another Twitter superstar whose bio reads: “Trump is a racist, misogynistic, homophobic asswipe who should have never been elected.”  She’s out there every day posting memes, editorial cartoon, links to important articles as well as offering inspiring commentary.