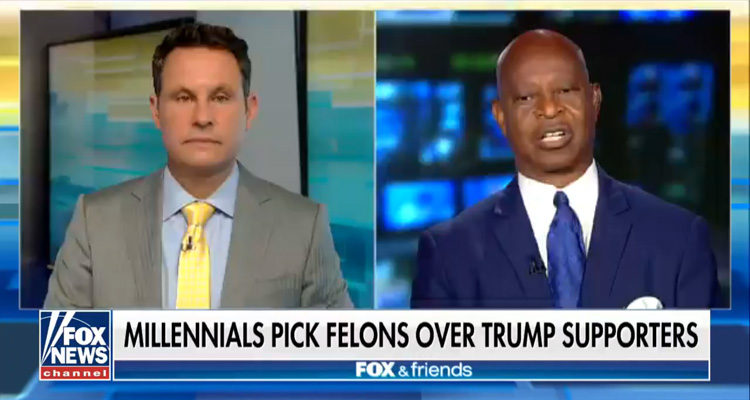 Fox News reacts to a video posted by The Daily Caller showing Washington DC residents saying they would much rather date a convicted felon than a Trump supporter.

The Daily Caller, an ultra-conservative website funded by Tucker Carlson, sent a couple of reporters to the streets of Washington D.C. to ask a simple question: “Would you rather date a Trump supporter or a convicted felon?”

As it turns out – the answer was pretty obvious. As The Daily Caller reported on their website:

Shockingly, the majority of respondents said that they would rather date a convicted felon. In fact, all of the pro-felon respondents were so quick to dismiss the idea of dating a Trump supporter that they didn’t even wait to see if the crime was violent or not.

When asked why they wouldn’t date a Trump supporter, people said they “just couldn’t” and would “never” do it.

Fox News legal analyst Ted Williams visited Fox & Friends on Thursday where he promptly had a meltdown after being asked about the clip.

We went to the streets of DC to ask people if they would rather date a Trump supporter or a convicted felon – we got some crazy answers. @foxandfriends brought on a homicide detective to give his take on the matter.