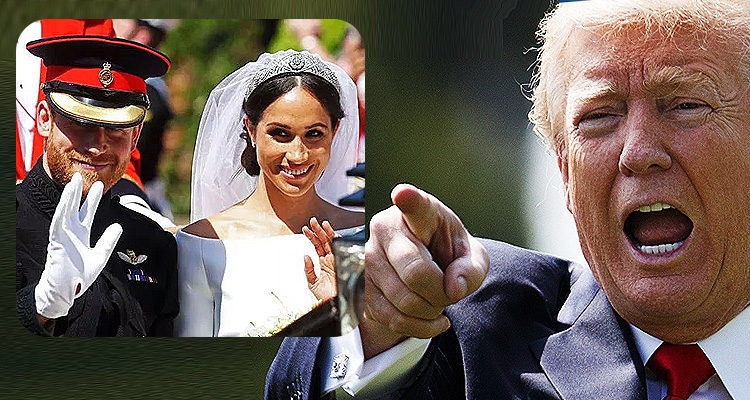 J.K. Rowling and the BBC are tag-teaming Trump today, mocking him with photos of the royal wedding between Meghan Markle and British Prince Harry.

As Richard Zombeck reported a couple of years ago, “Writers are the last people you want as an enemy. As Mark Twain was famous for saying, ‘Never pick a fight with people who buy ink by the barrel and paper by the ton.’ In fact, as obvious as it may seem, writers have a way of getting you right where it hurts. They are frustrated, snarky, and incredibly descriptive.”

British novelist, screenwriter, and film producer J.K. Rowling and the BBC tag-teamed Trump today with tweets mocking him for the size of the crowd at his inauguration.

BBC Three, which targets millennial viewers, first tweeted the pair of photographs. One showed a sparse crowd at the 2017 inauguration and another, far more crowded, aerial photograph of Saturday’s wedding between Prince Harry and Meghan Markle.

“Just saying,” the tweet from the BBC simply stated.

As you recall, there was a huge clash between the Trump administration and the media over the size of the crowd at his inauguration ceremony.

Reuters reported at the time that: “the controversy dominated Trump’s first weekend in office,” as two side-by-side images of his inauguration crowd versus President Barack Obama’s first inauguration took the internet by storm.

The side-by-side images soon went viral on social media sites such as Twitter, where people added commentary about the relative size of the crowds. The controversy dominated Trump’s first weekend in office.

From Trump’s vantage point, the new president saw a sea of people that he estimated at 1 million to 1.5 million strong, according to his remarks on Saturday at CIA headquarters. Trump chided the “dishonest media” for showing pictures of empty spaces on the mall.

Later that day, White House spokesman Sean Spicer accused some of the media of engaging in “deliberately false reporting.”

“This was the largest audience ever to witness an inauguration, period, both in person and around the globe,” Spicer said.

It appears that Trump has been outdone once again. This time by the British.