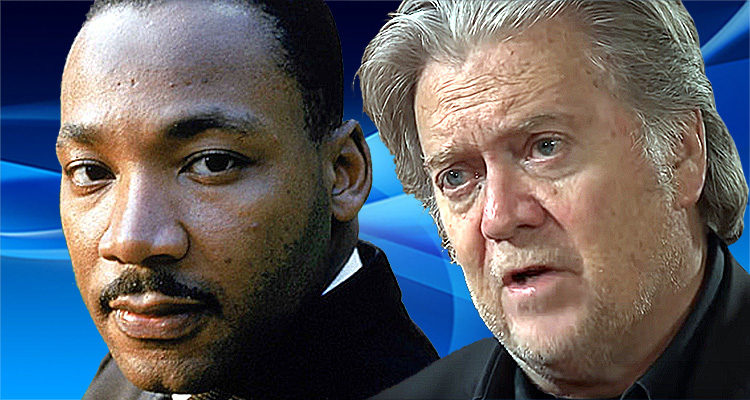 MLK’s daughter reality checks Steve Bannon for claiming that her father – Martin Luther King Jr. – would have been proud of Trump.

Bannon, Trump’s former chief strategist, made those remarks during an interview with BBC News that was aired Wednesday.

Bernice King was not buying any of it.

Taking to her Twitter account, she posted a multi-part thread warning that Bannon, Trump’s former White House Chief Strategist, was “co-opting” her father’s legacy to further his nationalist agenda.

“#SteveBannon has dangerously and erroneously co-opted my father’s name, work and words. Bannon’s assertion that my father, #MLK, would be proud of Donald Trump wholly ignores Daddy’s commitment to people of all races, nationalities, etc. being treated with dignity and respect.” she began.

My father’s concerns were not sectional, but global. He was an activist for the civil rights of Black people in America, but he was also an activist for human rights. #MLK