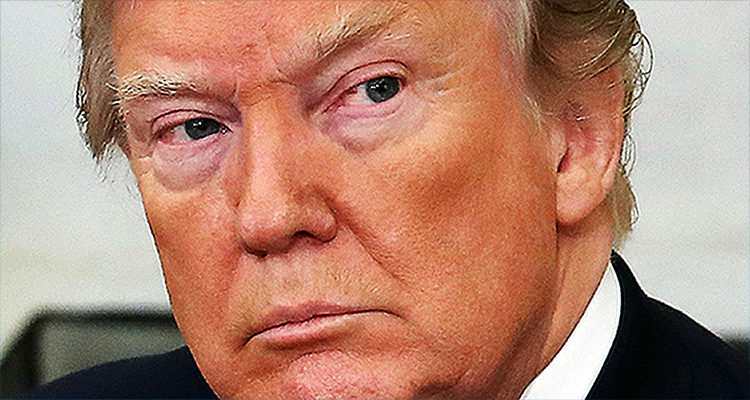 The New York Times Editorial Board weighed in on Trump’s cruelty in deliberately breaking up immigrant families.

CNN reported the first week of May that “The Trump administration has decided to refer every person caught crossing the border illegally for federal prosecution, a policy that could result in the separation of far more parents from their children at the border.”

Sessions spoke out about the change on May the 7th while speaking to a gathering of the Arizona Association of State Criminal Investigative Agencies.

In a separate article published this week, CNN reported that: “Trump blamed Democrats for immigration laws that force federal immigration agents to break up families during a roundtable to discuss California sanctuary state policies.”

Noted constitutional law professor Laurence Tribe weighed in tweeting “Trump says such cruelty will deter illegal entry. So would cutting off a foot. As a punishment for the offense in question, ripping a child from a mother’s arms wd be “cruel & unusual,” violating the 8th [Amendment].”

Tribe also included a link to a scathing op-ed piece published by the Editorial Board of The New York Times, titled: “The Cruelty of Breaking Up Immigrant Families.”

Trump says such cruelty will deter illegal entry. So would cutting off a foot. As a punishment for the offense in question, ripping a child from a mother’s arms wd be “cruel & unusual,” violating the 8th Am.

The Cruelty of Breaking Up Immigrant Families https://t.co/k3XPBaV1GS

The article began on the following somber note:

In a tantrum last week, President Trump raged against Kirstjen Nielsen, the homeland security secretary, in part because she had not done enough to break up families who crossed the southern border illegally. Mr. Trump thinks such callousness will deter families from illegally crossing over from Mexico, often to seek asylum from gangs and political violence.

Ms. Nielsen apparently took offense at Mr. Trump’s abuse, but her department is still in line with his “security-focused agenda,” making plans to use military bases to hold children separated from their parents by the Border Patrol, according to The Washington Post.

Continuing, the Editorial Board wrote that:

That families constitute so great a proportion of illegal border crossers undercuts Mr. Trump’s contention that he is cracking down on immigration to keep out rapists and criminals. “These aren’t people, these are animals,” he snarled on Wednesday, in a stunningly dehumanizing reference to deported gang members. But his administration’s policies are not calculated to deal with the specific threat of violence, but rather to immiserate people whose only crime is wanting safety or opportunity. Migration north to the United States is largely what it has always been, an act of desperation by those fleeing violence, and of hope by those seeking new opportunity.

They went on to make several points regarding the administration’s efforts to crack down on “the most vulnerable immigrants. We have reorganized their remarks into bullet points:

The Editorial Board concluded their article, drawing a comparison between Trump’s approach and that of the administration of Barack Obama.

Administration officials would like it to appear that they are without animus and are simply following legal requirements that had been overlooked before. But the Obama administration aggressively enforced immigration laws, deporting 2.5 million people and detaining unaccompanied minors who crossed the border, without deliberately targeting children.

That this administration is doing so may be offensive, but it should be no surprise, given that its immigration crackdown is already distinguished by simple cruelty toward families and working people.

Even supporters of tougher enforcement should tell the White House that it is going too far. It can enforce immigration laws without such draconian measures and protect children, who are most easily exploited.