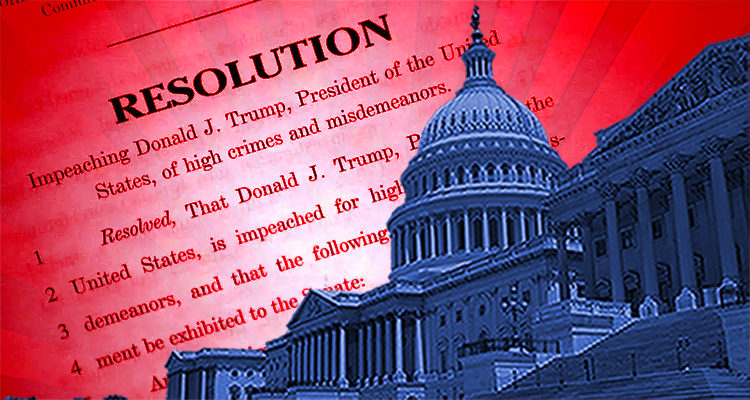 There are 5 clear grounds for impeachment and there are also 7 common myths about impeachment that need to be dispelled.

Laurence Tribe and Joshua Matz’s new book, “To End a Presidency: The Power of Impeachment,” was released earlier this year with great critical success.

The book’s description on Amazon reads as follows:

To End a Presidency addresses one of today’s most urgent questions: when and whether to impeach a president. Laurence Tribe and Joshua Matz provide an authoritative guide to impeachment’s past and a bold argument about its proper role today. In an era of expansive presidential power and intense partisanship, we must rethink impeachment for the twenty-first century.

Of impeachments, one Constitutional Convention delegate declared, “A good magistrate will not fear them. A bad one will be kept in fear of them.”

To End a Presidency is an essential book for all Americans seeking to understand how this crucial but fearsome power should be exercised.

The Washington Post published a two-part interview with Tribe and Matz, with the preface to the interview stating:

Laurence Tribe and Joshua Matz’s new book, “To End a Presidency: The Power of Impeachment,” is the first book in several decades for lawyers and laymen to thoroughly examine the topic. The previous gold standard was Charles L. Black Jr.’s “Impeachment: A Handbook” (first published during Watergate and reissued in 1998), which took the lessons of Watergate and broadened the discussion to other situations that might arise. Via email, I asked Tribe and Matz a series of questions about their book and our current circumstances; they replied jointly.

Asked “What are some common myths about impeachment that you wanted to dispel?” in part one, the authors answered:

The final two questions appeared in part two: “So based on what you know, are there already grounds for impeachment? As a political matter, would impeachment be wise?”

Answering the first question, the authors stated that: “On the basis of what is already known, our book enumerates several potential grounds for impeachment.”

Answering the second part of the question regarding the wisdom of seeking impeachment, they offered the following:

To be clear, we are not yet convinced that it would be proper to impeach on any of these grounds. The evidentiary record remains underdeveloped or inconclusive on key points, and it is surely possible that a comprehensive view of the relevant facts would negate a case for impeachment. In any event, as we emphasize throughout the book, proof of potential “high Crimes and Misdemeanors” is the beginning of the story, not the end. We currently lack a national, bipartisan consensus to remove Trump from office. Further, the risks of attempting a divisive impeachment at this moment are painfully high. The key question, in our view, is how best to restrain Trump and undo the damage he has caused to our democratic system. In answering that question, it is hardly self-evident — at least, at this point — that advocating impeachment is the savviest or most effective path forward

For those unfamiliar with the authors, Laurence Tribe is a professor of constitutional law at Harvard Law School and the Carl M. Loeb University Professor at Harvard University, cofounder of the American Constitution Society, and has argued before the United States Supreme Court 36 times. The New York Times described Tribe as “arguably the most famous constitutional scholar and Supreme Court practitioner in the country.” Reflecting on his record, The New Republic described Tribe as “the premier Supreme Court litigator of the decade,” and the Northwestern Law Review wrote: “Never before in American history has an individual simultaneously achieved Tribe’s preeminence both as a practitioner and as a scholar of constitutional law.”

Joshua Matz served as a law clerk to Justice Anthony M. Kennedy of the United States Supreme Court and currently serves in an Of Counsel capacity at Kaplan & Company, LLP. His official bio at Kaplan adds that: “Joshua has written for public and expert audiences about a wide range of legal issues under President Trump, including the legality of President Trump’s revised travel ban, the significance of the special prosecutor appointment, and President Trump’s continuing Emoluments Clause violations. His articles have appeared in the Washington Post, The Guardian, The Atlantic, ACS Blog, and Wired Magazine.