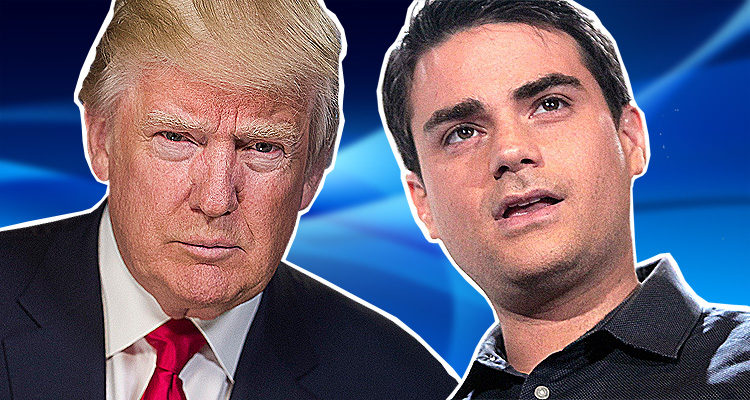 The conversation eventually turned to Special Counsel Robert Mueller’s investigation. Maher brought up a Thursday tweet in which Trump “defended Putin against what our own agencies say.”

Continuing, Maher asked: “But why have there been 19 indictments and 6 convictions so far in the Mueller inquiry? Why were there so many lies about so many meetings with so many Russians? So many attempts to have back channel sources?”

Shapiro interrupted, stating: “I have a question. “Do you actually think Trump colluded with Vladimir Putin?” he asked Maher.

“I do not because I watched that campaign,” Shapiro said. “I don’t think that Donald Trump could collude with his own left foot.”

Maher responded: “I don’t think that he did it, but his son did it – the people who Mueller is indicting did it.”

“Criminal activity is criminal activity,” Shapiro responded, adding: I’m not going to attribute to Trump something he didn’t do, when he’s too ignorant to have done it.”

“He’s not too ignorant to be a criminal, Ben, he’s been a criminal his whole life,” Maher said. “You’ve seen that. He’s a scam artist, he’s a con artist.”

Shapiro responded: “I don’t know how I’ve turned into the Trump defender here, but is he a doofus or an evil genius? You’ve got to pick one.”

Maher responded that: “Actually you don’t. You don’t have to pick one.”

Continuing, Maher explained: “Look, I’m not saying he’s like Hitler. But Hitler was crazy and he was a genius at what he did, which was lie and manipulate people. So you can be both.”