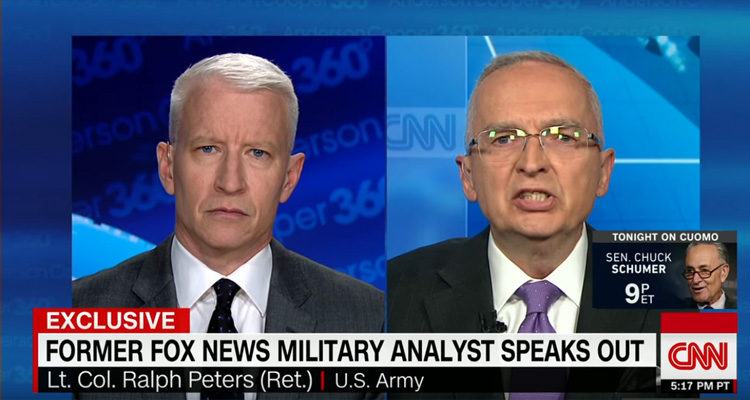 Ralph Peters also said he is convinced that Putin has a grip on Trump in addition to calling Fox News a “propaganda machine.”

Retired United States Army lieutenant colonel, author, and former Fox News commentator Ralph Peters stirred up controversy regarding the network’s fierce loyalty to Trump back in March of this year when he refused to renew his contract with Fox News, effectively retiring, calling the network a “propaganda machine” for the Trump administration and accusing the network of “wittingly harming our system of government for profit.”

This Wednesday, he returned to the airwaves for his first interview since leaving Fox, telling CNN host Anderson Cooper that Fox News hosts are “doing a great disservice to our country” and adding that he thinks that Trump is “frightened” of Russian President Vladimir Putin.