" /> Laura Bush Tears Into Trump For His Cruelty

Laura Bush Tears Into Trump For His Cruelty 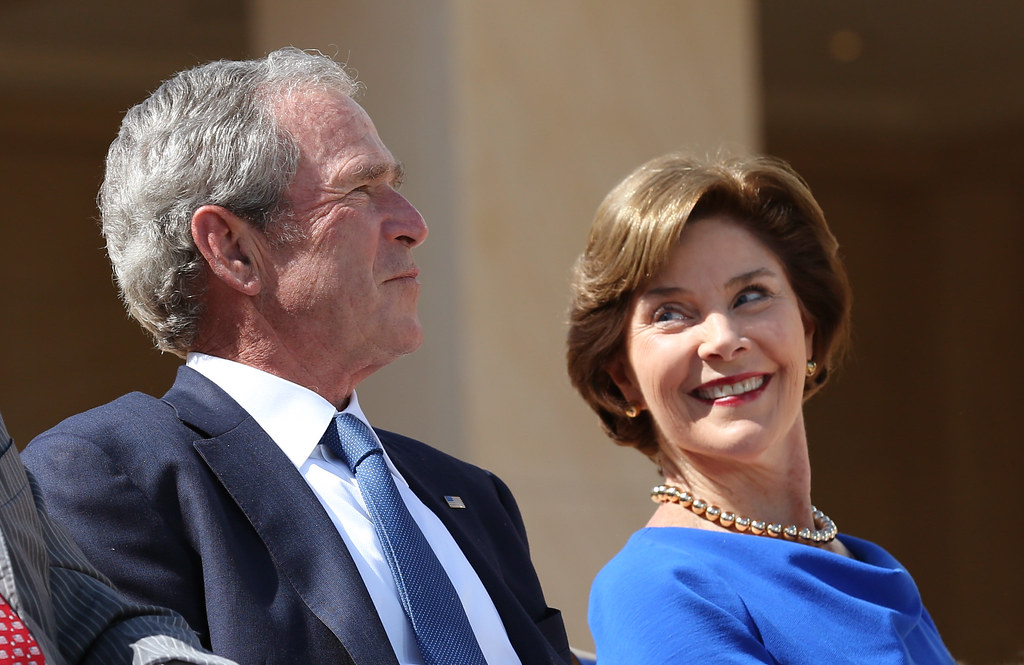 Former First Lady Laura Bush shreds Trump for separating immigrant children from their parents in a fiery Op-Ed for The Washington Post.

She began her article discussing the “images of children who have been torn from their parents,” writing:

On Sunday, a day we as a nation set aside to honor fathers and the bonds of family, I was among the millions of Americans who watched images of children who have been torn from their parents. In the six weeks between April 19 and May 31, the Department of Homeland Security has sent nearly 2,000 children to mass detention centers or foster care. More than 100 of these children are younger than 4 years old. The reason for these separations is a zero-tolerance policy for their parents, who are accused of illegally crossing our borders.

In a particularly fiery passage, she remarked on Trump’s cruelty, writing: “I live in a border state. I appreciate the need to enforce and protect our international boundaries, but this zero-tolerance policy is cruel. It is immoral. And it breaks my heart.“

Continuing, she compared the “warehousing” of children to the internment of Japanese-Americans during World War II:

Our government should not be in the business of warehousing children in converted box stores or making plans to place them in tent cities in the desert outside of El Paso. These images are eerily reminiscent of the Japanese American internment camps of World War II, now considered to have been one of the most shameful episodes in U.S. history. We also know that this treatment inflicts trauma; interned Japanese have been two times as likely to suffer cardiovascular disease or die prematurely than those who were not interned.

She went on to state that it is our nation’s “obligation to reunite these detained children with their parents – and to stop separating parents from children in the first place.”

Continuing, she remarked on the cruelty of the isolation of children, some still in diapers.

Recently, Colleen Kraft, who heads the American Academy of Pediatrics, visited a shelter run by the U.S. Office of Refugee Resettlement. She reported that while there were beds, toys, crayons, a playground and diaper changes, the people working at the shelter had been instructed not to pick up or touch the children to comfort them. Imagine not being able to pick up a child who is not yet out of diapers.

After sharing a story about her mother-in-law, Barbara Bush, embracing a child who was dying of HIV/AIDS in Washington twenty-nine years ago, she concluded, writing that: “In 2018, can we not as a nation find a kinder, more compassionate and more moral answer to this current crisis? I, for one, believe we can.”

Meanwhile, Trump continues to blame democrats, although the separation of children began at the direction of his Attorney General Jeff Sessions.

“This misreporting by Members, press & advocacy groups must stop. It is irresponsible and unproductive. As I have said many times before, if you are seeking asylum for your family, there is no reason to break the law and illegally cross between ports of entry,” she posted Sunday evening on Twitter, later adding: “We do not have a policy of separating families at the border. Period.”

We do not have a policy of separating families at the border. Period.