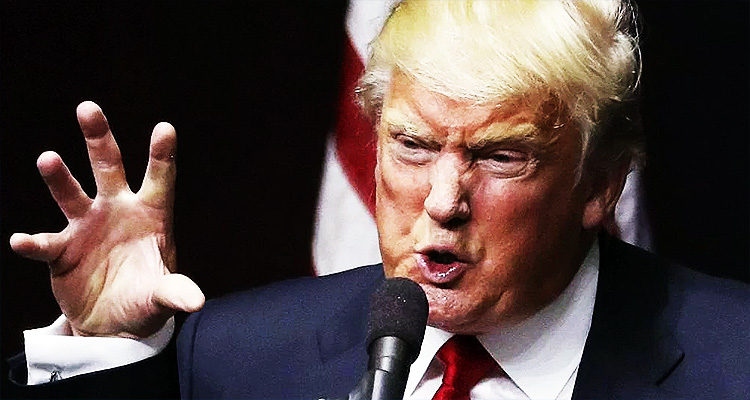 Trump is going to lose it when he sees his latest approval figures compared to those regarding impeachment and pardoning himself.

Things keep going from bad to worse for Trump these days.

His former campaign manager is sitting in jail awaiting trial after his bail was revoked for witness tampering; the likelihood of his personal attorney flipping on him to Mueller increases daily; the Stormy Daniel’s scandal continues blowing up, and Special Counsel Robert Mueller continues handing down indictments as his investigation closes in on Trump.

Most recently, polling numbers show Trump’s popularity waning in the wake of controversy over his “zero-tolerance” immigration policy. Or is it?

However, there is a new poll that will infuriate Trump – that is, if anyone in his inner circle lets him know about it.

The poll was conducted by CNN and SSRS, a polling organization that bills itself as “a full-service survey and market research firm, managed by dedicated professionals with advanced degrees in the social sciences.”

That poll found that “42% of Americans say President Donald Trump should be impeached and removed from office,” compared to 51 percent who answered they “don’t feel that way” and 7 percent who registered no opinion.

With an approval rating of only 41%, that means that support for Trump’s impeachment is higher than his approval rating. It should prove interesting to see Trump try to spin that – other than simply dismissing it as fake news….

SSRS reported on the historic significance of that figure:

What makes it remarkable is that he’s on par with President Richard Nixon, who 43% of Americans said should be impeached and removed from office in a March 1974 Harris poll. That was after the scale of Watergate came to light, but months before the House started to move against Nixon, who would go on to resign in August 1974 rather than be impeached.

The 43% supporting Nixon’s impeachment in that Harris poll, by the way, is much higher than the 29% who supported impeachment for President Bill Clinton in 1998. Or, for that matter, the similar number who wanted Presidents Barack Obama and George W. Bush impeached. As CNN’s Grace Sparks writes, there’s basically “a baseline of pro-impeachment sentiment for a modern president” and Trump far eclipses it.

Elaborating on the significance of that poll, Newsweek reported that:

The SRSS poll… showed Americans strongly rebuking Trump’s claim that he had the power to pardon himself. Seventy percent of those polled answered they would disapprove of Trump issuing himself a pardon, while only 21 percent said they would approve.

Trump said it would be unnecessary to pardon himself because he had done nothing wrong, but his critics and even Republicans were quick to state that it would be wrong for a president to use his constitutional pardon power in such a manner.

Indeed, as CNN reported earlier this month, former US attorney Preet Bharara said that Trump pardoning himself would be “almost self-executing impeachment.”

“I think (if) the President decided he was going to pardon himself, I think that’s almost self-executing impeachment,” Bharara, a CNN legal analyst, said on CNN’s “State of the Union.” “Whether or not there is a minor legal argument that some law professor somewhere in a legal journal can make that the President can pardon, that’s not what the framers could have intended. That’s not what the American people, I think, would be able to stand for.”