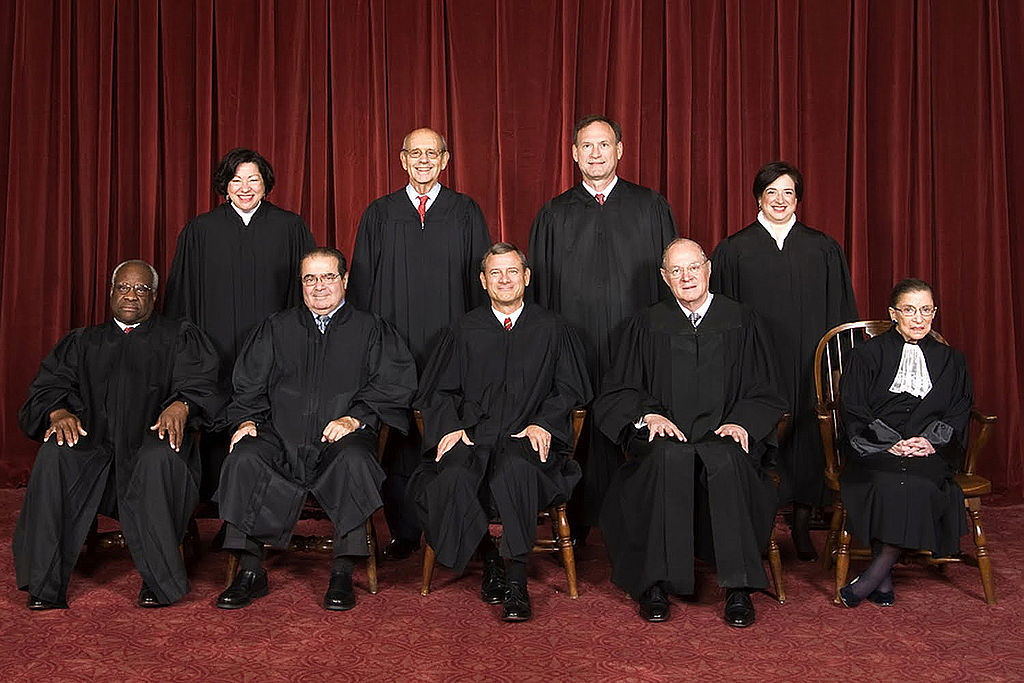 There are five compelling reasons to get rid of Justice John Roberts that could insure Roe v. Wade, Obamacare, and other Democratic institutions survive.

The preservation of American democracy is confronting one of its greatest challenges in decades – perhaps the greatest challenge the last 200+ years since America declared independence from the tyranny of British rule.

That challenge is Trump’s selection of Brett M. Kavanaugh as his nominee to replace Justice Anthony M. Kennedy on the Supreme Court.

As The New York Times reported earlier this week: “The selection of Judge Kavanaugh brings within reach the culmination of a 30-year effort by conservative activists to install a reliable conservative majority on the nation’s highest tribunal.”

The New York Times noted in a subsequent article that:

Democrats are still bitter that Republicans blocked President Barack Obama’s nomination of Judge Merrick B. Garland to fill the last Supreme Court vacancy, created by the death of Justice Antonin Scalia in 2016. Republicans denied Judge Garland a hearing, arguing that the right to name a justice ought to be left to Mr. Obama’s successor.

Continuing, The New York Times reported that Kavanaugh’s possible appointment to the Supreme Court is far more perilous to liberal causes than the successful appointment of Neil M. Gorsuch.

Mr. Trump chose Justice Neil M. Gorsuch, who has voted much as Justice Scalia had, leaving the court’s ideological dynamic basically intact. Replacing Justice Kennedy will be far more consequential, almost certainly thrusting Chief Justice John G. Roberts Jr., whose voting record has been more conservative than that of Justice Kennedy, into the crucial median position on the court.

There are several theories as to how Democrats might delay a Senate vote confirming Kavanaugh’s nomination until after the midterm elections – the hope being that Democrats might gain control of the Senate after the November elections.

Democrats could prevent a Senate vote confirming Kavanaugh’s nomination by refusing to participate in roll call votes, effectively blocking Senate Republicans from being able to get the necessary quorum.

As Vox News reported in June, Article 1, Section 5 of the Constitution states:

[T]he Senate can do nothing without a majority of its members — 51 senators — participating in a vote. No bill can pass, no amendment can be decided on, no nominations can get approved.

At present, it would be extremely difficult for Republicans to provide a quorum with their own numbers. Their majority stands at 51-49, with Sen. John McCain on extended leave in Arizona. If no Democrat participates, the Republicans cannot provide a quorum.* In the month of June, there have been an average of 1.8 Republican absences across 18 roll call votes, so even if McCain returned to the Senate, the majority would struggle to consistently provide a floor majority. This provides Senate Democrats with real leverage. If they refuse to participate in roll call votes, the Senate will come to a halt for lack of a quorum.

Senators could demand millions of pages of records from Brett Kavanaugh’s time in the Bush White House – and grind the SCOTUS confirmation process to a crawl… The potentially massive number of records will likely slow the timeline for confirmation hearings – and it might make any hearing before the August recess impossible.

There is yet another, more aggressive possibility for Democrats – impeach Chief Justice John Roberts.

William Greider posted an interesting and informative article in 2014 proposing the possible reasons for Roberts’ impeachment, and those reasons are every bit as valid today – possibly more so.

There was a lot of talk about impeaching President Obama being tossed about at the time, and Greider suggested considering the process for a “far more deserving candidate for impeachment—Chief Justice John Roberts of the Supreme Court.”

Grieder began his article by pointing out that, while the Republicans in Congress were doing everything they could to block any meaningful legislation, the conservative Supreme Court justices were doing their very best to legislate from the bench, “following an agenda neatly aligned with their conservative party. Step by step, the five right-wing justices are transforming the terms of the American political system—including the Constitution.”

This power grab by the unelected—and supposedly non-partisan—justices has already produced a historic rewrite of America democracy. But it was done by blatantly usurping the decision-making authority that belongs to the elected government in Congress and the executive branch. The Republican justices are not finished with their undeclared revolution. They will continue unless and until people rise up and stop them.

For the sake of simplicity and clarity, we have broken down Grieder’s reasons for impeaching Roberts into the following 5 bullet points noting that, under Roberts’ reign as Chief Justice, the Supreme Court has:

Click here for the full article by Grieder, it is well worth the time.