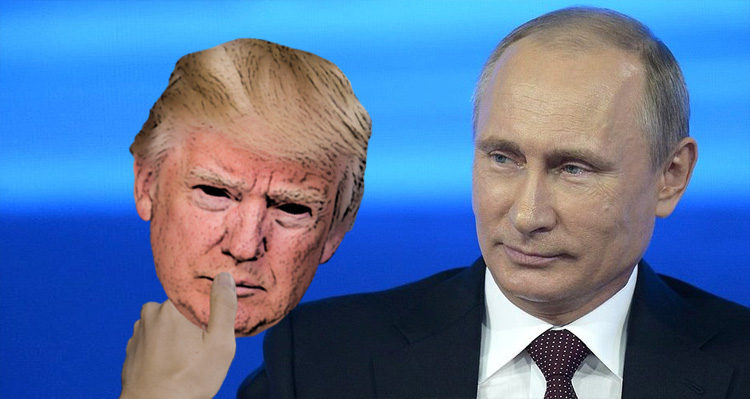 New York Magazine dropped a major bomb with the publication of an article making the case that Trump has been acting as a Russian asset since 1987.

At nearly 8000 words, the New York Magazine article is far too long to cover here, but we will cover a few highlights and would strongly encourage you to go and read their entire article – linked here. It is well worth the read.

The article begins by discussing the fact that most coverage of the possible ties between Trump and Russia have pretty much taken information at face value:

New York Magazine goes on to provide a short synopsis of what we know so far:

The first intimations that Trump might harbor a dark secret originated among America’s European allies… In 2015, Western European intelligence agencies began picking up evidence of communications between the Russian government and people in Donald Trump’s orbit. In April 2016, one of the Baltic states shared with then–CIA director John Brennan an audio recording of Russians discussing funneling money to the Trump campaign. In the summer of 2016, Robert Hannigan, head of the U.K. intelligence agency GCHQ, flew to Washington to brief Brennan on intercepted communications between the Trump campaign and Russia.

New York Magazine goes on to state that:

[P]erhaps we should give more credence to the possibility that Brennan is making these extraordinary charges of treason and blackmail at the highest levels of government because he knows something we don’t.

What follows is a portion of a lengthy and detailed analysis by New York Magazine which convincingly pinpoints the beginning of Trump’s collusion with Russia to have begun in 1987.

Throughout his career, Trump has always felt comfortable operating at or beyond the ethical boundaries that constrain typical businesses. In the 1980s, he worked with La Cosa Nostra, which controlled the New York cement trade, and later employed Michael Cohen and Felix Sater, both of whom have links to the Russian Mafia. Trump habitually refused to pay his counterparties, and if the people he burned (or any journalists) got in his way, he bullied them with threats. Trump also reportedly circulated at parties for wealthy men featuring cocaine and underage girls

Below is a handy infographic included in the New York Magazine article to help show the tangled web of connections between Trump and Russian president Vladimir Putin.