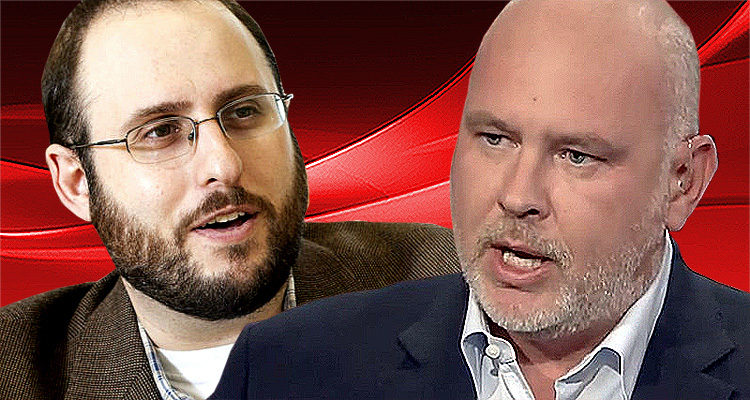 Seth Abramson and Steve Schmidt took to their Twitter accounts to publicly state what many have been thinking about Trump but were unwilling to publicly express.

Trump tweets almost daily about witch hunts – and that witch hunt is alive an well but resides in the Republican wing of the House of Representatives and not in Special Counsel Robert Mueller’s office.

Thursday offered a particularly sharp example in the wake of Trump’s embarrassing appearance at the NATO summit in Brussels. As Salon reported:

The Senate had taken some symbolic bipartisan votes about NATO and trade earlier in the week, apparently sending a message that Trump’s diplomatic misconduct was not reflective of the entire U.S. government. Republicans in the House of Representatives said, “You want crazy? We’ll give you crazy.” [emphasis added]

Former criminal investigator and criminal defense attorney, Seth Abramson, took to his Twitter account to weigh in on the hearing, offering one of his strongest rebukes to date of House Republicans.

“These Republican former prosecutors-cum-Congressmen are lying on national TV, over and over, about how the criminal justice system works, what’s considered ‘investigatory bias,’ FBI regs on agents having *personal* opinions, oversight mechanisms—they are shaming the American bar,” Abramson tweeted, later adding: “All this to protect a lifelong criminal in business and now politics. I can’t get over it—Republicans are tossing away 150 years of political gravitas to protect a two-bit con man from facing justice for being the most traitorous horse’s ass ever to enter American political life.” [emphasis added]

Schmidt, who left the Republican Party in the wake of the Trump administration’s immigration policies that have led to the separation of families, held nothing back when he tweeted about the Republican-led witch hunt.

“The American people have watched an extraordinary clinic on the rot, decay, indecency, dishonesty and corruption of the TRUMP/GOP on live TV. The malice of most questions was only outdone by their stupidity, venality and dishonesty,” he tweeted, adding: “May the stench of this disgrace long linger.” [emphasis added]

A quick review of Schmidt’s Twitter feed shows a number of equally critical tweets, possibly most notable is one he posted in response to a tweet by Republican witch-hunter Lindsey Graham who tweeted: “If Democrats and the FBI believe the bias displayed by Strzok and Page will not be subject to congressional oversight, they are kidding themselves. That’s delusional.”

Schmidt responded: “That wasn’t oversight and you know it. It was harassment, conspiracy theories, wackjobbery, dishonesty and demagoguery wrapped in a blanket of venality and rot. This country needs statesmen and women. You know one well. Think about stepping it up.” [emphasis added]