Alex Jones’ Lawyer Argues In Court That Sandy Hook Parents Should Have To Pay Him $100,000 Dollars 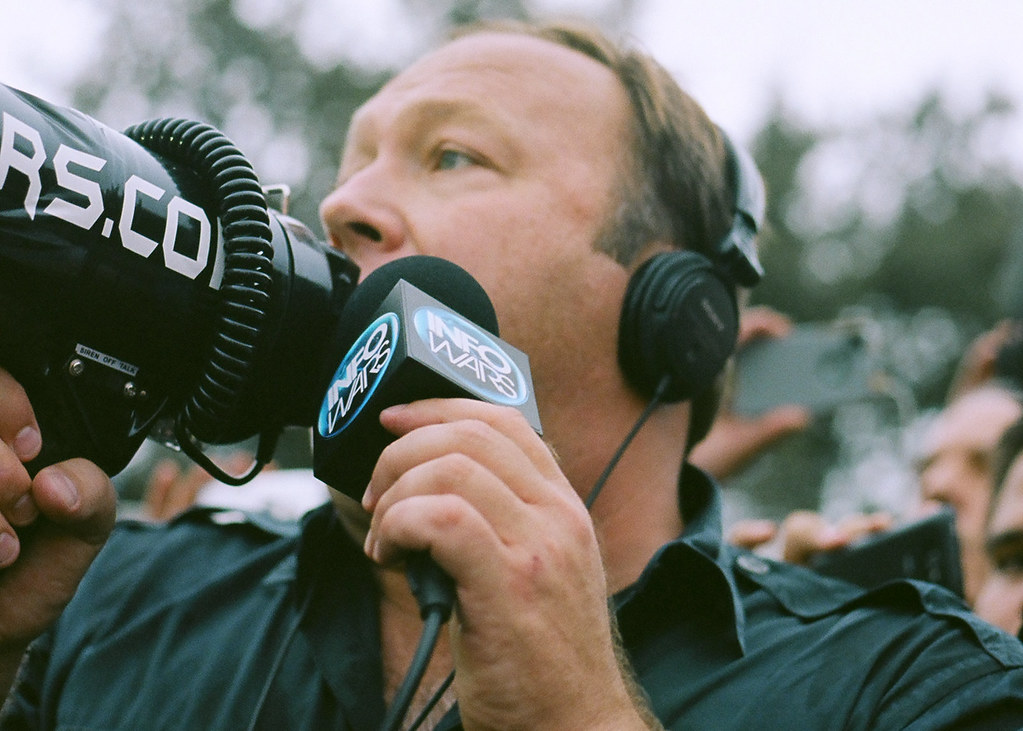 Alex Jones is seeking over $100,000 in court costs from the parents of Noah Pozner, who died at Sandy Hook.

The New York Times reported this week that:

In the more than five years since a mass shooting at Sandy Hook Elementary School, the conspiracy theorist Alex Jones has used his Infowars media operation to spread false theories that the massacre was a hoax staged by the government in an effort to tighten restrictions over firearms.

Noting that the fact that Jones did in fact spread those false conspiracy theories is “not in dispute,” The New York Times added that:

In a courtroom hearing here [Austin, Texas], lawyers for the parents of a child killed at Sandy Hook, in Newtown, Conn. — where 20 first graders and six adults were shot and killed in December 2012 — and lawyers for Mr. Jones argued on Wednesday over whether he was maligning the family or the mainstream news media in an April 2017 broadcast titled, “Sandy Hook Vampires Exposed.”

The broadcast is central to the case brought by Noah’s parents, Veronique De La Rosa and Leonard Pozner, because it aired within Texas’ one-year statute of limitations for defamation cases, and because it features, their lawyer said, a crucial, false theme spread by Mr. Jones: that the shooting was staged, and the parents were lying about it. Followers of Mr. Jones who believe those false claims have stalked and harassed the Pozner family, forcing them to live in hiding.

CBS News elaborated on the harassment endured by the Pozner family, reporting that: “Jones’ followers have tormented them with death threats, forcing them to move seven times. They’re seeking more than $1 million in damages.”

Continuing, CBS reported that “In addition to asking for the case to be dismissed, Jones also wants Pozner’s family to pay him more than $100,000 in court fees.”

For his part, Jones’ legal team is arguing that his wild theories are protected speech because the families became public figures when they started speaking out about the deaths of their children and began advocating new measures to restrict firearms.

As The New York Times explained: “Mr. Jones is seeking to have the case dismissed under the Texas Citizens Participation Act, which protects citizens’ right to free speech against plaintiffs who aim to silence them through costly litigation.”

also argued that Mr. Pozner and Ms. De La Rosa became public figures when they spoke out in favor of a ban on assault-style weapons like the rifle used to kill their son. To win a defamation case, public figures must prove actual malice, meaning that Mr. Jones knew that the statements were untrue and broadcast them anyway or that he demonstrated reckless disregard as to their accuracy.

It would appear that Judge Scott Jenkins of the District Court of Travis County is not necessarily buying that argument by Jones’ legal team.

Judge Jenkins noted that “it’s a very interesting question of law” as to whether one can be an “involuntary” public figure by dint of suffering a tragedy and publicly speaking about it.

CBS News reported that: “Although Jones now admits the Sandy Hook shooting was real, he stands by the message he has been spreading to his estimated 5 million listeners.”

Although the demand for $100,000 remains a part of the court filing, The New York Times reported that:

In remarks near the end of the hearing, Mr. Enoch denounced negative news coverage of Mr. Jones’s filing seeking more than $100,000 in court costs from the family, should he win dismissal of the case. Instead, he said, Mr. Jones would accept “a dollar.”

CBS News concluded their article, reporting that: Judge Jenkins “has a month to decide whether to let the lawsuit involving Jones and Pozner’s parents continue. Jones’ attorney has not responded to CBS News’ request for comment.”