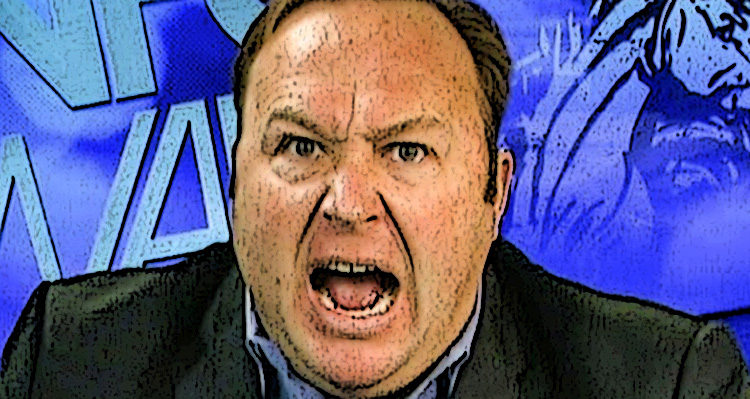 Facebook is striking back at Alex Jones, taking a stand against his hate speech and bullying.

The hits keep coming for conspiracy theorist Alex Jones; and Monday was a particularly bad day for him and his InfoWars project.

The Guardian reported Monday morning that Apple has removed Jones from their podcast directory.

“Apple does not tolerate hate speech, and we have clear guidelines that creators and developers must follow to ensure we provide a safe environment for all of our users,” an Apple spokesperson told BuzzFeed News, which first reported the removal. “Podcasts that violate these guidelines are removed from our directory making them no longer searchable or available for download or streaming. We believe in representing a wide range of views, so long as people are respectful to those with differing opinions.”

A few hours later, Facebook announced that it has removed four pages associated with InfoWars and Jones.

As CNN reported: “The social media platform said in a statement Monday that it had ‘unpublished’ the Alex Jones Channel Page, the Alex Jones Page, the InfoWars Page and the Infowars Nightly News Page.”

Facebook (FB) removed four videos from the pages last week after determining that they violated its hate speech and bullying policies. It also suspended the personal profile of Jones.

The company said Monday that more content from the pages had since been reported, and it had decided to remove them for “repeated violations of community standards and accumulating too many strikes.”

CNBC elaborated on Facebook’s decision, publishing excerpts from a notice published by Facebook detailing their policy and explaining the decision to remove Jones’ pages: