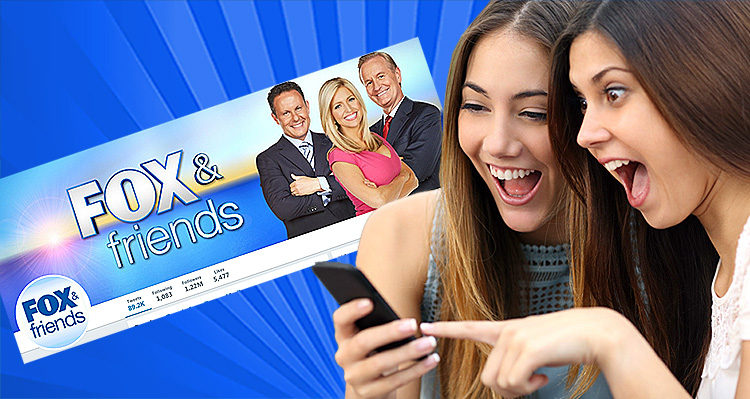 Fox & Friends thoroughly humiliated themselves despite their efforts to skew the poll.

Fox & Friends launched a Twitter poll on Tuesday that ended up backfiring on them even though they tried to skew the results by omitting pertinent information.

When President Donald Trump’s favorite right-wing television program “Fox & Friends” launched a Twitter poll on Tuesday asking whether the benefits of Medicare for All “outweigh the costs,” they likely didn’t expect 73 percent of the nearly 32,000 respondents to answer yes—but that’s precisely what happened.

“Bernie Sanders’ ‘Medicare for all’ bill estimated to cost $32.6 trillion, new study says. Would the benefits outweigh the costs?” their poll asked.

That $32.6 trillion figure referenced a recent Koch Brothers funded study released on Monday; and, as Think Progress reported, the study found that Sander’s “Single-payer Medicare for All system would reduce the amount the U.S. spends on health care by more than $2 trillion.” Of course, Fox & Friends omitted that tidbit of information from their poll.

Nevertheless, the final poll numbers showed an overwhelming number of individuals thought the benefits of Medicare for All would outweigh the costs with 73 percent of the individuals polled saying “yes” and 27 percent voting “no.”

One can only imagine what the results might have been had Fox & Friends included the fact that Sanders’ Medicare for All bill would save taxpayers trillions of dollars over the course of the next ten years.

As Common Dreams concluded, this failure by Fox & Friends to discredit a wildly popular program fits a pattern of failure:

The failed attempt by “Fox & Friends” to falsely document Medicare for All as unpopular—despite recent surveys showing that progressive policies like single-payer are experiencing unprecedented support, including among Republicans—fits an emerging pattern of right-wing media outlets falling face-first in their attempts to discredit commonsense, straightforward, and bold ideas.

Bernie Sanders' 'Medicare for all' bill estimated to cost $32.6 trillion, new study says. Would the benefits outweigh the costs?

In other news, Fox News threw Trump under the bus this week in an effort to make themselves look better in a recent study that found that Fox News was trust by more viewers than MSNBC and CNN.

In an effort to make the study more credible, Fox News admitted that Trump came in last place in the study in an effort to lend further legitimacy to the fact that Fox came up on top of other U.S. television media companies.

Fox News could have simply reported on the results of the study, which showed them leading CNN and others by a massive margin – but nope, they opted to admit Trump’s abysmal numbers in an effort to lend credence to the study.