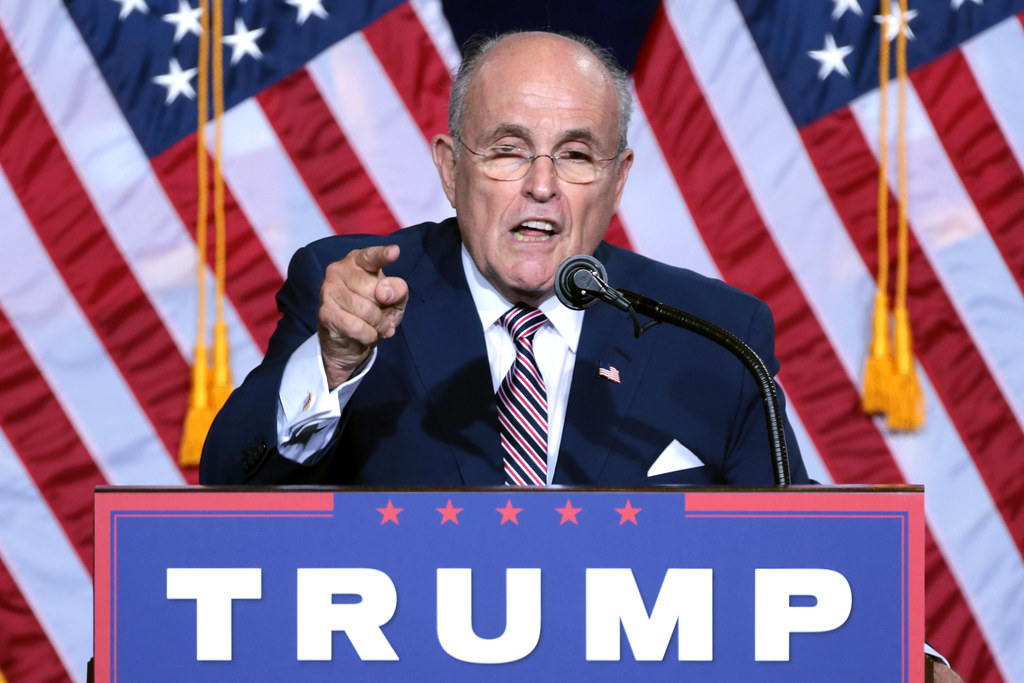 Trump overheard lashing out at Rudy Giuliani as Special Counsel Robert Mueller and his team continue closing in on the White House.

Vanity Fair reported on Tuesday that: “White House counsel Don McGahn’s interviews with Mueller have rattled Trump to his core. ‘Total meltdown,’ one outside adviser said of his mood, while a Republican ally described him as ‘extremely frustrated.'”

The biggest fear rippling through the West Wing is that no one knows what McGahn told Mueller during his multiple interviews. “Trump didn’t know how many hours it was,” one Republican briefed on Trump’s thinking said. Last night, The Washington Post reported that McGahn’s lawyer, Bill Burck, has been doing damage control, telling the White House that McGahn did not “incriminate” Trump. That’s provided little solace to Trump and West Wing aides. “You have to understand McGahn kept notes on every single meeting with Trump,” one former West Wing official said.

And it’s not just concern about McGahn that seems to have Trump so worked up, as evidenced by his increasing pace of deranged tweets.

As Vanity Fair reported, possible peril for his eldest son is of deep concern:

Another theory for what’s motivating Trump’s increasingly unhinged tweets is that Mueller may be closing in on his son Don Jr. “A lot of what Trump is doing is based on the fact [that] Mueller is going after Don Jr.,” a person close to the Trump family told me. ‘They’re squeezing Don Jr. right now.’”

Attorney General Jeff Sessions has been a frequent target for Trump’s frustration. The New York Times published a stunning expose in late May of this year detailing the events of a March 2017 meeting between the two men.

By the time Attorney General Jeff Sessions arrived at President Trump’s Mar-a-Lago resort for dinner one Saturday evening in March 2017, he had been receiving the presidential silent treatment for two days….

When they met, [Trump] objected to his decision to recuse himself from the Russia investigation. Mr. Trump, who had told aides that he needed a loyalist overseeing the inquiry, berated Mr. Sessions and told him he should reverse his decision, an unusual and potentially inappropriate request.

The confrontation, which has not been previously reported, is being investigated by the special counsel, Robert S. Mueller III, as are the president’s public and private attacks on Mr. Sessions and efforts to get him to resign. Mr. Trump dwelled on the recusal for months, according to confidants and current and former administration officials who described his behavior toward the attorney general.

Vanity Fair reported that Trump’s rage against Sessions has been directed to his attorney, Rudy Giuliani.

Privately, Trump blames his precarious position on the people who work for him. Trump’s fury at Attorney General Jeff Sessions, already raging, has been stoked thanks to Sessions’s refusal to resign after months of public abuse. “You can’t talk to Trump without him bringing up Sessions,” one adviser said.

Trump’s frustration with Sessions has even caused him to turn on Giuliani. Over the weekend, Trump blamed Giuliani for the entire Russia probe. According to a person to whom the conversation was described, Trump loudly said to his lawyer: “It’s your fault! I offered you attorney general, but you insisted on being secretary of state. Had I picked you none of this would be happening.”

It seems that no one is safe from the wrath of Trump, particularly in light of recent events.

Will Giuliani stick it out, or will he follow the lead of Trump’s other lawyers who are no longer in his employ? Time will tell.