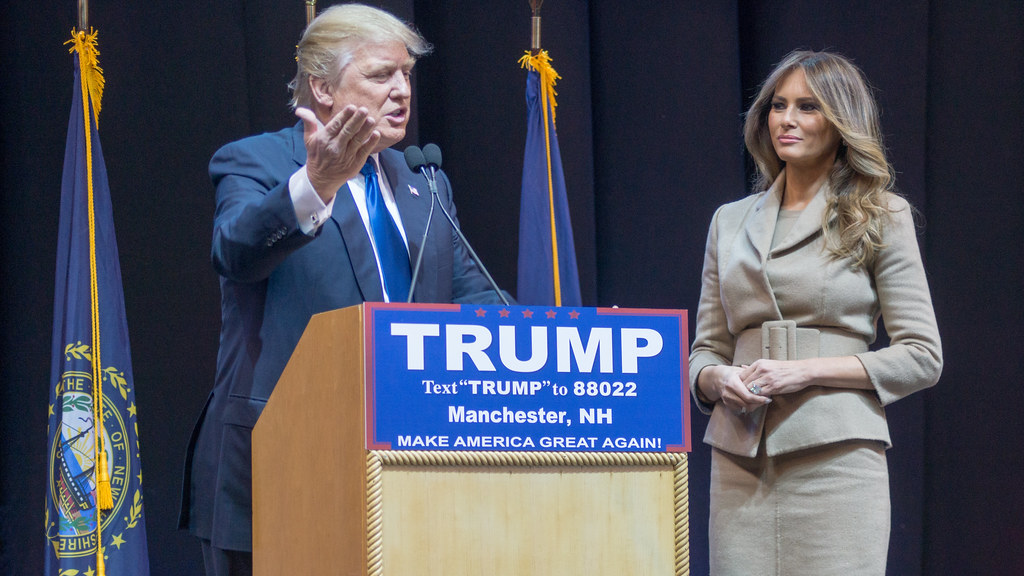 Seth Abramson weighs in on stunning new allegations regarding Trump’s treatment of Melania.

Former criminal investigator Seth Abramson has weighed in on a variety of issues this week regarding the Trump administration.

First, there was a blanket statement about witness tampering followed up by two separate lines of discussion regarding, first, the news that Trump had revoked the security clearance of former CIA director John Brennan; then  Abramson followed up with a thread discussing the upcoming testimony of Justice Department official Bruce Ohr and Trump’s twitter campaign to discredit him prior to that hearing.

In the meantime, a stunning number of allegations have emerged regarding Trump’s alleged behavior regarding his wife and America’s First Lady Melania Trump.

A quick review of headlines is all you need to get the general idea what appears to be happening:

Abramson weighed in on those reports in a strongly worded tweet early Saturday morning.

“In just the last day, we’ve learned that Trump tried to bully Melania into abandoning her anti-bullying campaign, removed all the furniture Melania bought for the White House before she moved in, and would consider having Melania deported if she left him,” he tweeted, adding: “So he’s an abuser, too.”

In just the last day, we've learned that Trump tried to bully Melania into abandoning her anti-bullying campaign, removed all the furniture Melania bought for the White House before she moved in, and would consider having Melania deported if she left him.

And, not to diminish the seriousness of the allegations regarding the Trump marriage, they are merely the latest chapter in a story of inappropriate behaviors directed towards family members and women.

For instance, in January 2016, The New York Times published a stunning expose revealing that Trump allegedly withheld funds that paid for the medical bills for a sick infant during a bitter family feud over money. [click here to read more.]

The public narrative of Trump’s sexually predatory behavior begins in 1993, with Harry Hurt’s book “The Lost Tycoon,” which included details from a 1990 divorce deposition in which Ivana Trump described her husband violently raping her in Trump Tower, in a fit of anger over a botched scalp surgery. In a statement provided to Hurt, Ivana walked back her claim without denying it; she didn’t mean that Trump raped her in a “literal or criminal” sense, she said. The story reappeared in May, 2016, when the Times published accounts from two women describing nonconsensual encounters with Trump, and then it flared fully back to life in October of that year, with the “Access Hollywood” tape, a recording of a 2005 conversation in which Trump bragged about habitually committing sexual assault. By the end of October, twenty women had gone on the record to describe Trump’s sexual misconduct. Twelve of them recounted being physically violated, corroborating Trump’s own description of his behavior—he grabbed women by the pussy, he said to Billy Bush, because he could.

Minor by comparison, there is the revelation from comedian and frequent Trump critic Tom Arnold that Trump is on tape calling his son Eric a “retard.” That little tidbit was revealed during an interview with People Magazine earlier this year.