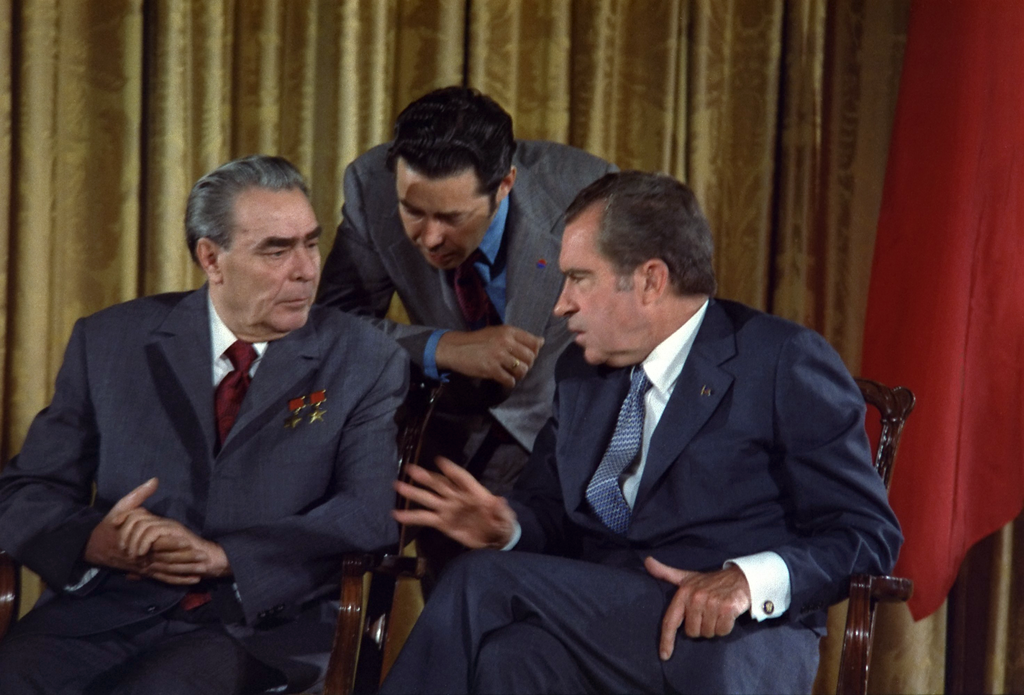 William Ruckelshaus, former acting director of the FBI and Deputy Attorney General, says that he has only seen one other president this desperate, warning Trump to heed the lessons of Nixon’s downfall.

William D. Ruckelshaus has an impressive law enforcement resume having served as the acting director of the Federal Bureau of Investigation  and as Deputy Attorney General in 1973. He resigned as Deputy AG in the midst of Nixon’s infamous Saturday Night Massacre rather than obey an order from President Nixon to fire the Watergate special prosecutor, Archibald Cox.[1]

Most recently, Ruckelshaus penned an article for The Washington Post detailing the similarities he sees between the erratic behaviors of Trump and his former boss, the now-disgraced Richard Nixon.

His first sentence is telling and portends the tone of the remainder of the article:

Trump is acting with a desperation I’ve seen only once before in Washington: 45 years ago when President Richard M. Nixon ordered the firing of special Watergate prosecutor Archibald Cox. Nixon was fixated on ending the Watergate investigation, just as Trump wants to shut down the Mueller investigation into Russian interference in the 2016 election.

A lesson for the president from history: It turned out badly for Nixon. Not only could he not derail the investigation, but also, 10 months later, he was forced to resign the presidency.

Continuing, he noted that Trump is acting more desperate than Nixon, adding that if he has nothing to hide, why not let the wheels of justice run their course?

In fact, in some ways, Trump is conducting himself more frantically than Nixon, all the while protesting his innocence. Nixon fought to the end because he knew that what was on the tape recordings that the prosecutor wanted would incriminate him. We don’t know what Trump is hiding, if anything. But if he is innocent of any wrongdoing, why not let Robert S. Mueller III do his job and prove it?

After providing his version of the events collectively known as the Saturday Night Massacre, Ruckelshaus wrote:

Trump might attempt to shut down the Mueller investigation, but if he fires the special counsel, he could face the same result Nixon faced. He would look like a president with something to hide. He would unleash forces bigger than one man, because Americans believe no one is above the law, not even the president.

He concluded his article warning that Trump should study and heed the lessons left behind by Richard Nixon:

We need leaders who tell the truth. This is not now happening. Mueller is living up to his superior reputation as a model public servant. His is a search for the truth; we should not complicate his job. Support him, and when he has finished his work, listen to what he has found.

What Mueller unearths will guide our next steps and will strengthen our trust in our institutions — including the one we are now using to find the truth. I hope the president at last studies the lessons of a history I lived — and that he heeds its warning.

Footnote 1: His official corporate biography notes that was also administrator of the Environmental Protection Agency from 1970 to 1973 and 1983 to 1985 and “in 2015, [he] was awarded the Presidential Medal of Freedom, the highest civilian honor in the U.S., recognizing his service to the country.”