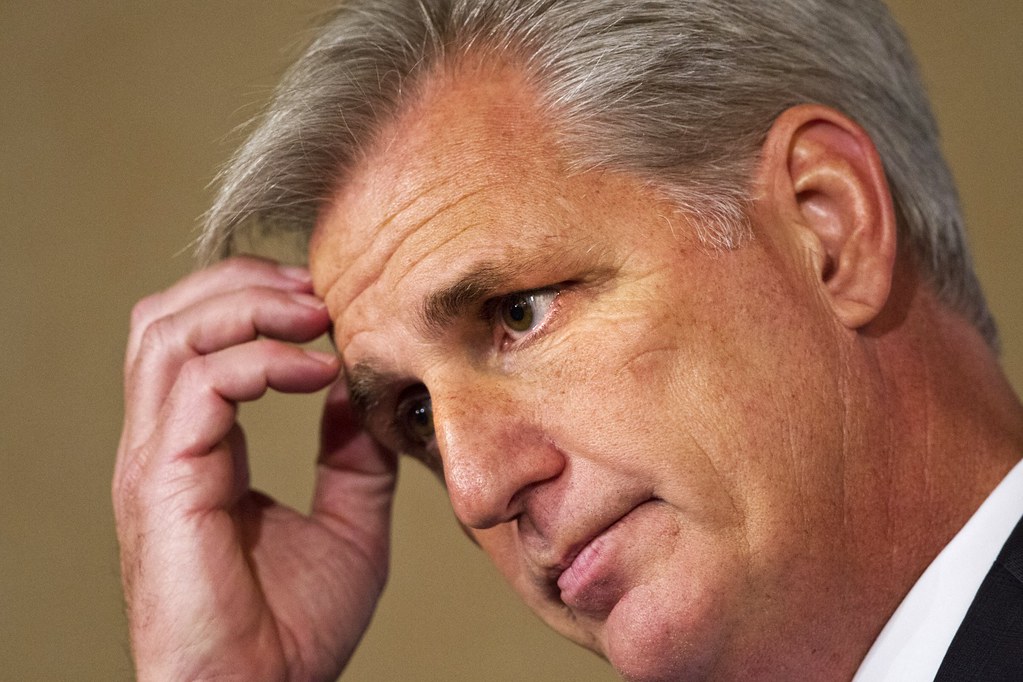 House Majority Leader Kevin McCarthy was mercilessly mocked on Twitter after making a complete buffoon out of himself.

As The Hill reported this weekend, “Twitter has been criticized by several conservative figures who say the site is ‘shadow banning’ right-leaning voices.”

Republican Representative Kevin McCarthy of California should have heeded the old adage: “Better to remain silent and be thought a fool than to speak and remove all doubt.” Instead, he decided to join the chorus of other conservatives whimpering by posting a misleading tweet as an example of censorship by Twitter. To make sure his point hit home, he blue-linked Twitter CEO Jack Dorsey, whose confirmed Twitter handle is @jack.

“Another day, another example of conservatives being censored on social media. @jack easy fix: explain to Congress what is going on. #StopTheBias cc @IngrahamAngle” he tweeted, attaching an image of a tweet by stating “This Tweet is not available because it includes potentially sensitive content.”

[Note, we are placing a screenshots here instead of embedding his tweet in case an intern or a grandchild thinks to delete this tweet before it gets any more adverse attention. The tweet can be found by clicking here as long as it remains on Twitter.] 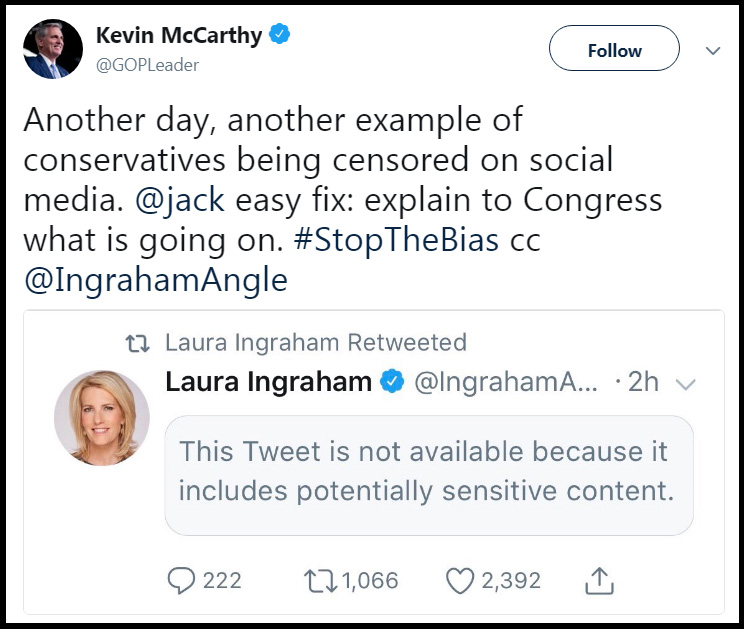 There’s just one problem, as Twitter users were quick to point out – Fox News personality Laura Ingraham’s tweet was censored due to settings in McCarthy’s own Twitter account and not because of any action on the part of Twitter to silence conservative voices.

Historian Kevin Kruse was one of many who pointed this out to McCarthy.

Walter Shaub, the former Director of the United States Office of Government Ethics, tweeted: “Congressman, it’s your settings. Go into “settings and privacy” and uncheck this box so you can see these kinds of tweets.”

He even included a handy screenshot to help Mr. McCarthy get it right. 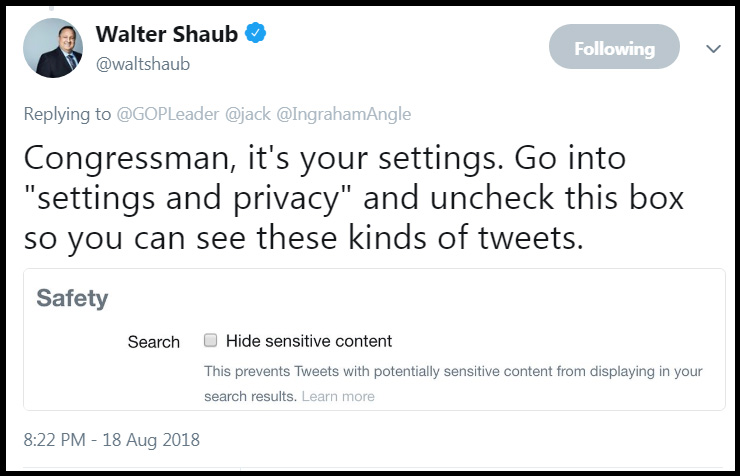 “Yes the kind of a$$hole that calls tech support to find out he needs to plug IN his computer to work,” she responded.

A few other favorites included:

“Censorship? You mean like the President of the United States deletes or blocks the tweets from WE THE PEOPLE?… change your settings.if you don’t know how to do that ask a fourth grader, they can show you how.”

“This tweet is the perfect allegory for what’s going on in the world right now. His own Twitter settings are what cause the issue, but he immediately takes to the world to blame someone else.”

“Get an intern to check your settings Congressman… Or a third-grader.”

“Explain to Congress?! Really?! Do all things that personally upset you require a Congressional hearing at taxpayer expense? Your arrogance, self importance, dereliction of duty & abuse of office are stunning. You belong behind bars.”

“Still trying to figure out the tweeter machine, huh? Ask one of your colleagues’ grandkids for help. When they stop laughing at you they can explain why this isn’t a conspiracy.”