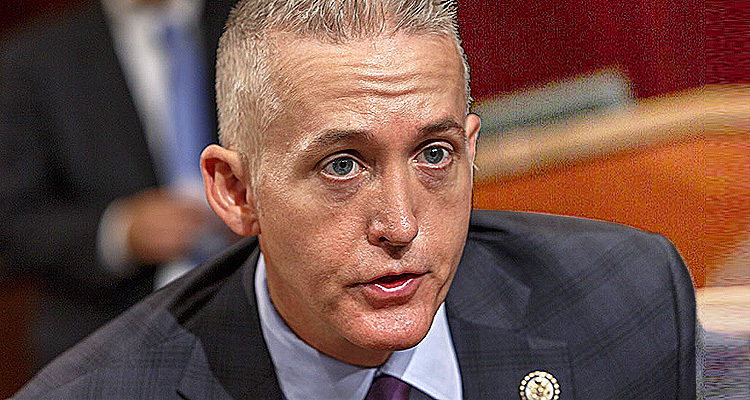 There were no-holds-barred when Republicans were going after Hillary Clinton over Benghazi. Those same Republicans are now trying to impede the efforts to investigate Donald Trump.

Rep. Trey Gowdy (R-SC) reportedly committed high crimes while serving as the chair of the House Select Committee on Benghazi. Now he is trying to thwart Congressional efforts to investigate possible crimes by Trump.

“Mr. Cohen’s testimony—and documents obtained by the Department of Justice—reveal that these payments were far greater than previously reported and far higher than President Trump listed in his financial disclosure forms pursuant to federal law,” Cummings wrote, adding that: “These payments include a number of increases, bonuses, and anomalies that raise even more questions about the nature and scope of the services President Trump obtained from Mr. Cohen.”

After discussing the background regarding possible violations of the Ethics in Government Act, the press release advised that:

Ranking Member Cummings explained in his letter that he is seeking documents from the White House and the Trump Organization because Chairman Trey Gowdy has refused to investigate this issue.

“On May 4, 2018, I sent a letter to Chairman Trey Gowdy raising serious concerns about President Trump’s failure to report these payments to Mr. Cohen on his first financial disclosure form,” Ranking Member Cummings wrote. “In addition, on August 22, 2018, I sent a follow-up letter asking Chairman Gowdy to hold a hearing to obtain testimony directly from Mr. Cohen after he pleaded guilty and indicated that he was willing to testify before Congress. Chairman Gowdy never responded to these requests, and the Committee took no action, requested no documents, conducted no interviews, obtained no briefings, and held no hearings.”