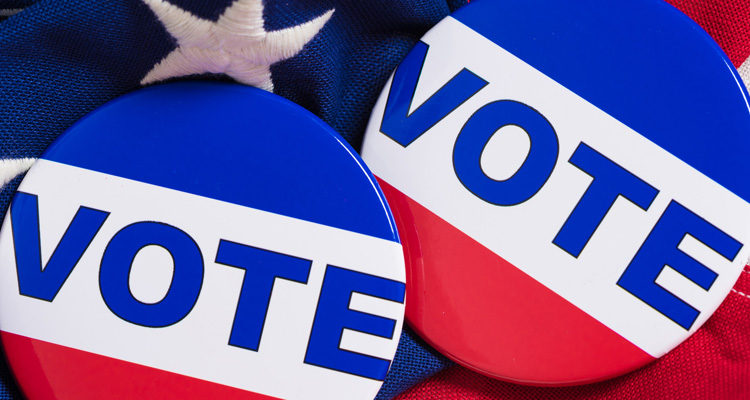 The latest approval rating drop for Trump appears real and is the thing of nightmares for Republicans as America lurches towards the midterm elections.

Three new polls confirm what we already know from polling giants FiveThirtyEight and RealClearPolitics – Trump’s latest polling figures are his lowest since earlier this spring, and his approval rating drop appears real.

“All three are declines from the last poll by each pollster, which had Trump’s approval rating in the low 40s,” CNN added.

So what does this mean for the upcoming midterm elections? Well, as CNN explained, if these numbers hold, Democrats could sweep the midterms.

According to analysis by CNN spanning back to the 1940s, if Trump’s approval rating stays in the 30s, “the bottom may fall out for House Republicans.” That would represent an overall national advantage shift of 2% towards Democrats which “might result in Democrats picking up, on average, around 45 seats or more in the House. To put that 45-seat gain in perspective, it would be the largest for the Democrats since Watergate.”

However, CNN went on to report that in today’s political environment, that estimate “may not be friendly enough to Democrats.” Factoring in an uptick in how voters will likely vote in relation to what they think about the president, CNN predicted that Democrats “could pick up 50 seats or more.”

As CNN added, “Democrats last gained this many seats in an election in 1948.”

For Republicans to have a realistic (i.e. within the margin of error) shot of maintaining control of the House in 2018, Trump’s approval rating must remain at least in the low 40s nationally.

For them to have a 50% chance of holding on to power in the House, Trump’s approval rating will likely need to rise into the mid-40s.

Right now, Trump and his fellow Republicans are, if anything, going the other (i.e. wrong) way.

FiveThirtyEight‘s forecast for the House of Representatives as of Wednesday morning shows a 4-in-5 chance that Democrats will gain control with 79.5% and Republicans have a 1-in-5 chance with 20.5%.

Factoring in current polling and Trump’s approval rating as of Tuesday, FiveThirtyEight‘s Nate Silver reported on Tuesday that Democrats are in their best position yet to take control of the House:

Republicans are in their worst position to date in our U.S. House forecast: The Classic version of our model gives them only a 1 in 5 chance of holding onto the House. Other versions of our model are slightly more optimistic for the GOP: The Deluxe version, which folds in expert ratings on a seat-by-seat basis, puts their chances at 1 in 4, while the Lite version, which uses district-level and generic ballot polls alone to make its forecasts, has them at a 3 in 10 chance. Whichever flavor of the forecast you prefer, the House is a long way from a foregone conclusion — but also a long way from being a “toss-up.”