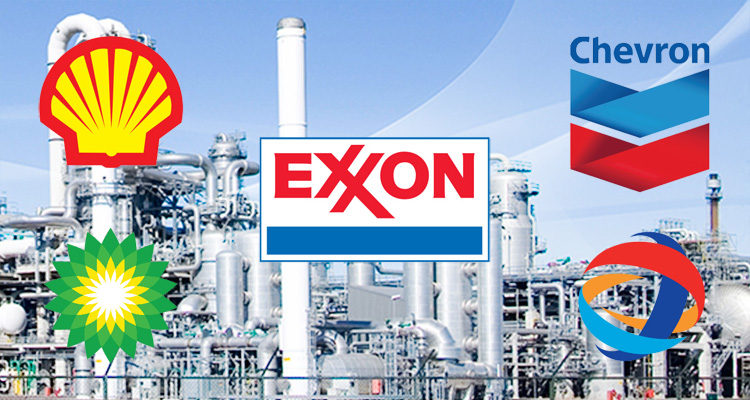 In an ironic twist, big oil companies are reversing their decades long denial that climate change is real when their factories and refineries are threatened by its effects.

The Guardian reported earlier this summer on the effects of climate change:

The year 2018 is on track to be the fourth warmest on record, beaten only by 2016, 2015 and 2017. In other words, we have had the warmest four-year run since we started measuring. According to data from the US National Oceanic and Atmospheric Administration (NOAA), June 2018 is the 402nd consecutive month with temperatures above the 20th-century average…

One hot summer does not a changing climate make, but the trend in the global data is now irrefutable. When Michael Mann published the “hockey stick” graph back in 1998, there was vociferous public pushback, yet the observed temperature rises match what Mann had predicted. Today’s hockey stick graph isn’t a forward projection but a historical record. The world has been getting hotter, and it will continue to do so. The only question now is how much hotter it gets.

Big oil companies have denied the reality of climate change for decades – despite overwhelming scientific data supporting it and despite the fact their own research confirmed that data.

As Greenpeace reported, Exxon’s charade was disclosed a few years ago:

Exxon made the news in September and October of 2015 when research produced by InsideClimate News, the Los Angeles Times, and the Columbia Graduate School of Journalism revealed that Exxon had known since the 70s about the causes of climate change and the dangers climate disruption poses. The articles spurred a wave of actions against Exxon.

Fast-forwarding to this year, the Associated Press recently reported that big oil companies are seeking government funding to protect their refineries from the effects of man-made climate change.

As the nation plans new defenses against the more powerful storms and higher tides expected from climate change, one project stands out: an ambitious proposal to build a nearly 60-mile “spine” of concrete seawalls, earthen barriers, floating gates and steel levees on the Texas Gulf Coast.

Like other oceanfront projects, this one would protect homes, delicate ecosystems and vital infrastructure, but it also has another priority — to shield some of the crown jewels of the petroleum industry, which is blamed for contributing to global warming and now wants the federal government to build safeguards against the consequences of it.

Continuing, the Associated Press added that:

The plan is focused on a stretch of coastline that runs from the Louisiana border to industrial enclaves south of Houston that are home to one of the world’s largest concentrations of petrochemical facilities, including most of Texas’ 30 refineries, which represent 30 percent of the nation’s refining capacity.

Texas is seeking at least $12 billion for the full coastal spine, with nearly all of it coming from public funds. Last month, the government fast-tracked an initial $3.9 billion for three separate, smaller storm barrier projects that would specifically protect oil facilities.

Ironically, Republicans such as Sen. Ted Cruz of Texas support the idea of public funds being used to save big oil – although he consistently disputes climate change’s validity and despite the fact that he is an outspoken critic of federal spending.

The Associate Press reported that this contradiction has not escaped notice:

But the idea of taxpayers around the country paying to protect refineries worth billions, and in a state where top politicians still dispute climate change’s validity, doesn’t sit well with some.

“The oil and gas industry is getting a free ride,” said Brandt Mannchen, a member of the Sierra Club’s executive committee in Houston. “You don’t hear the industry making a peep about paying for any of this and why should they? There’s all this push like, ‘Please Senator Cornyn, Please Senator Cruz, we need money for this and that.’”