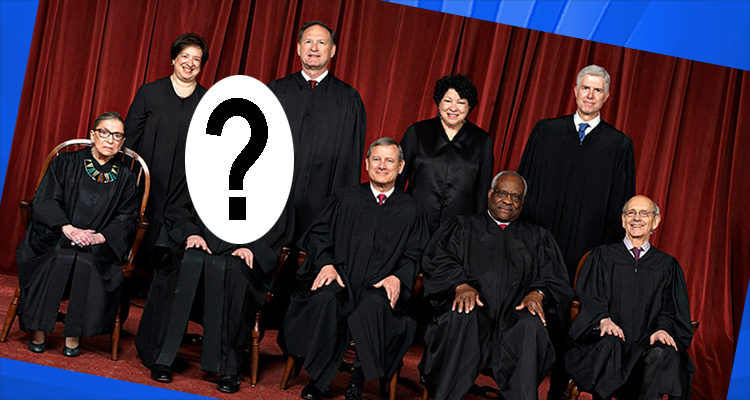 The Washington Post reported on Sunday on the possibility that Brett Kavanaugh’s nomination could be in danger.

There are several viable reasons to believe that Kavanaugh’s confirmation is indeed in serious trouble.

Obviously, credibility remains an issue when looking at decades-old allegations. However, as The Washington Post explained:

Ford’s story is remarkably credible. Ford is speaking on the record about her experience. She passed a polygraph test, the results of which The Post reviewed. She told other people about the alleged attack years before Kavanaugh was a Supreme Court nominee. She allowed her records from a therapy session about it to be reviewed by The Post. She says she didn’t want to come forward and decided to do so only after her story was leaked to news outlets.

#2 Ford is willing to testify in public

CNBC reported that according to Ford’s lawyer, she is willing to publicly testify “as peril grows around Trump’s supreme court pick.”

Ford, the woman accusing President Donald Trump’s Supreme Court nominee Brett Kavanaugh of sexual assault more than three decades ago, is willing to testify publicly about the alleged attack, according to her lawyer.

Ford, 51, “will do whatever is necessary to make sure that the Senate Judiciary Committee has the full story and the full set of allegations to allow them to make a fully informed decision,” her lawyer, Debra Katz, told news outlets Monday.

#3 Some Republicans are now opposing a quick vote on Kavanaugh

Politico reported on two Republican senators who are opposing the idea of holding a quick vote on Kavanaugh, which could – in turn – delay confirmation until after the midterm elections where Democrats have a real shot at taking back the Senate, thus stalling Kavanaugh’s confirmation indefinitely.

Sen. Bob Corker (R-Tenn.), who is not a member of the committee but whose vote is critical to Kavanaugh’s confirmation, similarly said late Sunday that the committee should pause.

CNN reported that a third Republican is speaking out as well:

Sen. Lisa Murkowski said the committee might have to consider delaying the vote, according to reporting by CNN and other news organizations.

When asked if the committee should consider delaying the vote this week, Murkowski told CNN, “Well, I think that might be something they might have to consider, at least having that discussion. This is not something that came up during the hearings. The hearings are now over, and if there is real substance to this, it demands a response. That may be something the committee needs to look into.”

Flake’s reservations are particularly troubling for Kavanaugh’s confirmation as he is one of 11 Republicans on the Senate Judiciary Committee and as Politico points out, “the committee cannot advance his nomination.”

With those three Republicans questioning the veracity of a quick confirmation, it is now possible that a vote by the full Senate might not be possible although GOP leaders could push for a vote regardless of whether the confirmation is approved by the Senate Judiciary Committee.

BBC News reported on this possibility:

The Republicans only have a single-vote majority on the [Senate Judiciary] committee, which they control 11 to 10, while they hold the Senate by just 51-49.

Mr Kavanaugh is strongly opposed by some Democrats for his views on issues such as abortion, and it seems unlikely any of them will cross the aisle to vote with their Republican colleagues.

This means it would take just Mr Flake to potentially derail Thursday’s committee vote, while only two Republican defections would swing the outcome away from Mr Kavanaugh in the Senate.

#5 One cannot discount the potential impact of the #MeToo Movement

The Washington Post published an article discussing the similarities – and differences – between Ford’s allegations and those of law professor Anita Hill who testified in 1991 that then-nominee Clarence Thomas sexually harassed her a decade earlier.

A year into the #MeToo movement, the dispute over Kavanaugh’s nomination could test how the culture wars have evolved and what the country has learned since 1991, whose convulsive events helped give 1992 its label as the “Year of the Woman.” The designation captured the historic number of women who rose to public office that year, in a mass political mobilization finding echoes in 2018.

“I was motivated to run for the Senate after watching the truly awful way Anita Hill was treated by an all-male Judiciary Committee interrogating her about the sexual harassment she endured at the hands of now-Justice Clarence Thomas,” Sen. Patty Murray (D-Wash.) said in a statement Sunday.

Murray asked her colleagues to “treat this survivor with empathy and humanity and make sure that the United States Senate in 2018 doesn’t send the signal it sent to millions of women in 1991 who were scared to speak up, afraid to share their stories, and watched on television as someone very much like them was attacked and maligned.”

The revelation over the weekend that Kavanaugh stands accused of sexual assault will widen the meaning of his nomination beyond the judiciary. It is now also a fight over the #MeToo movement and the rules for adjudicating claims of misconduct in an intensely partisan arena.

“Do we assume that women are lying or do we listen respectfully and take their claims seriously?” said Sally Goldfarb, a law professor at Rutgers University who helped draft the 1994 Violence Against Women Act. “I hope the current allegations against Judge Kavanaugh will be treated in a different way than the disgraceful way that Anita Hill’s allegations were treated in 1991.”