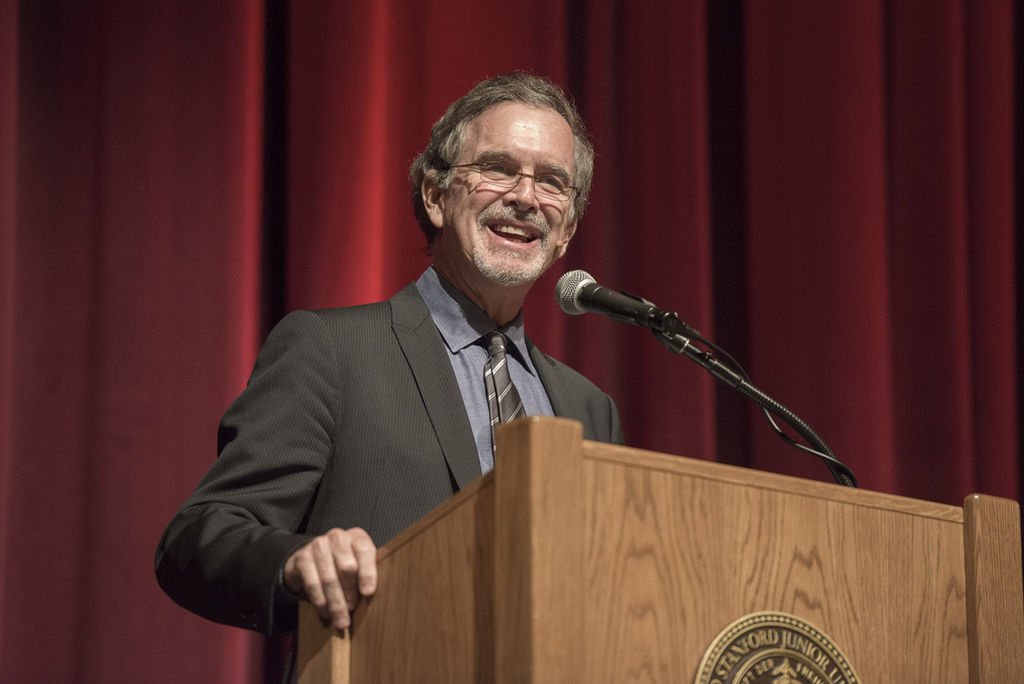 Described by Trump as “overrated,” “a sleazeball,” “a jerk” and “a total loser,” Garry Trudeau has been mocking Republicans for nearly 50 years – and counting.

Garry Trudeau, the creator of Doonesbury and the first cartoonist to win the Pulitzer Prize, has been mocking Republicans since the 1970s.

On August 12th of this year, Trudeau was back at it, mocking Republicans in a hilarious cartoon after having published classic cartoons from the 1990s for several days.

His new cartoon struck at the heart of Republican complacency in the Trump era.

The cartoon begins with a sad looking Republican congressman appearing to lament the  loss of his spine.

A narrator enters picture asking what happened to the conservative’s spine, going on to remind him that Republicans once stood for something, but apparently not anymore during the Trump era when they have flip-flopped on tariffs, on strong alliances, on pushing back against brutal regimes, deficits, the list went on an on as the congressman begins to fold over in the absence of a spine.

Check it out for yourself in the tweet, below, or you can go to The Washington Post website’s Doonesbury page and see it there and scroll through some other Doonesbury cartoons.

Doonesbury – Garry Trudeau gets it. pic.twitter.com/CNLvLqfpsM

Trudeau also has been mocking Trump since the 1980s.

Democracy Now host Amy Goodman interviewed Trudeau in 2016 regarding the release of his new bound collection of cartoons titled: “Yuge!: 30 Years of Doonesbury on Trump.”

Goodman describes Trudeau’s work on Trump in the preface to the interview as follows:

Cartoonist Garry Trudeau has been writing about Trump and a possible run for the presidency for nearly 30 years, prompting Trump to call him “a third-rate talent,” “a sleazeball,” “a jerk” and “a total loser.” […] In September 1987, Trudeau published a series of comic strips that now seem prophetic. In one strip, reporters ask Trump a series of questions about his political ambitions to run for Congress, and Trump responds, “President, think president.” Trump has remained a frequent character in “Doonesbury” ever since, giving Trudeau a chance to make fun of everything from Trump’s hair to his ego to his rampant use of insults.

“Sarah, if you could just clear up one thing for me…” Hedley began.

“As you know, chief of staff Kelly has reportedly been calling the president an ‘idiot,’ joining Reince Priebus and Steven Mnuchin who also called him an ‘idiot,'” he continued.

“But Rex Tillerson called him a ‘moron,’ H.R. McMaster called him a ‘dope,’ and Gary Cohn said he was ‘dumb as s***. So which one is it? We’ve been getting very mixed messages!” he concluded.

In true Huckabee-Sanders fashion, her character responded: “Look, the president is a stable genius. He’s been very clear on that.”

Doonesbury does it again: Trump is an "idiot, moron, dope, dumb as s—… So which one is it?"