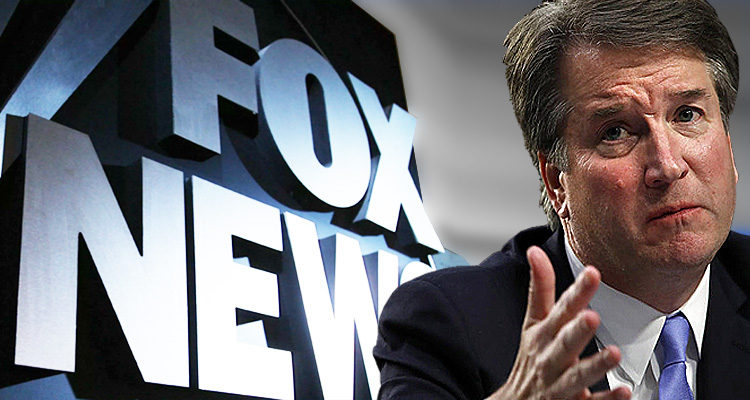 Thursday is currently scheduled to be an Anita Hill-esque D-Day for Kavanaugh and team Trump with the embattled nominee squaring off with with Senators for another round of testimony – this time joined by Christine Blasey Ford, the professor who made the first accusation against him.

Then there’s the matter of Michael Avenatti. CNN reported Tuesday morning that: “Michael Avenatti said Monday night that he has new information regarding allegations against Supreme Court nominee Brett Kavanaugh.”

Avenatti, the lawyer also representing adult film star Stormy Daniels who is suing President Donald Trump, said on CNN’s “Cuomo Prime Time” that he has multiple clients and “at least one” is prepared to come forward publicly within the next 48 hours.

Let me be clear: We will disclose the client’s name and accusations only when SHE is ready and we have adequate security measures in place. And not a moment before that. It is her choice and hers alone as to when to surface bc it is her life. We expect it within the next 36 hrs.

Former criminal investigator and criminal defense attorney, Seth Abramson, weighed in on Monday, predicting that there will be more accusers coming forward “within the next day.”

There are now AT LEAST four Kavanaugh accusers—and it sounds like it could be closer to 6 or 7 within the next day. PLEASE REMEMBER that the GOP could nix Kavanaugh and still get a conservative Justice on the Court. Their petulance on THIS judge is insane. https://t.co/HamKIUcmMi

That takes us to the latest Fox News poll, which shows that a “record number of voters oppose [the] Kavanaugh nomination.”

Fox News discussed the poll in regard to the Kavanaugh nomination Monday, elaborating on waning support.

Voter support for Brett Kavanaugh’s confirmation to the U.S. Supreme Court is down in the wake of Christine Ford’s assault allegations, as more believe her than him.

Currently, 40 percent of voters would confirm Kavanaugh, while 50 percent oppose him, according to a Fox News poll.  Last month, views split 45-46 percent (August 19-21).

Breaking down the numbers, Fox News reported that:

Since August, support for Kavanagh’s confirmation dropped 12 points among independents, 11 points among suburban women, and 10 points among voters under age 45.  Support is also down, by smaller margins, among men (-5 points), women (-4), Democrats (-5), and Republicans (-4).

Fox News concluded their report regarding Kavanaugh, noting that:

Overall, the 50 percent opposing Kavanaugh is the highest opposition to a Supreme Court nominee in Fox surveys going back to 2005.  Forty-six opposed Kavanaugh in August.  Before his nomination, the previous high was when 39 percent opposed Neil Gorsuch in March 2017.