September 20, 2018 by Whatever Jones No Comments 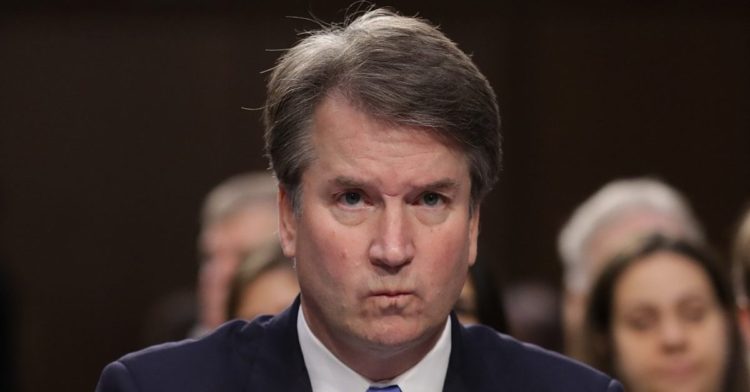 In his Facebook, post Ruyak describes Judge as a “f*cking loon” and said that Kavanaugh’s assault on Dr. Blasey Ford was well known by students at Georgetown Prep. He said he isn’t at all surprised by Ford’s accusation of rape, “this son of a b*tch is involved in the allegations of Kavanaugh attempting to rape a girl.”

Judge declined to testify in Monday’s scheduled hearing, saying, “I did not ask to be involved in this matter nor did anyone asked me to be involved. The only reason I am involved is that Dr. Christine Blasey Ford remembers me as the other person in the room during the alleged assault.”

For those of you who don’t know, I went to Georgetown Prep, where both Kavanaugh and Gorsuch went as well. When I came forward with allegations regarding Gary Orr, a former priest, sexually assaulting me…Mark Judge (Kavanaugh’s friend in this who despicable story of sexual assault) reached out to alums saying that Gary Orr was a great priest and that I had obviously been corrupted by liberalism into a homosexual and therefore was most definitely lying.

THEN, years later when Orr admitted to raping a whole cadre of children, he said that Orr was raping kids because of the unchecked liberalism at Prep, and that regardless of whether or not I was telling the truth, I was a homosexual and had it coming. Google “Mark Judge Gary Orr” and you will see what a f*cking loon this guy is, and with what malice he writes his right wing bullshit.

So…for me to hear that this son of a bitch is involved in the allegations of Kavanaugh attempting to rape a girl in high school comes as no surprise to me. It’s always the loudest most arrogant voices that are trying to hide the truth beneath the din of their own pompous voices.

And by the way, the story that this woman is telling is one that I know was repeated dozens of times in my 4 years at Prep.