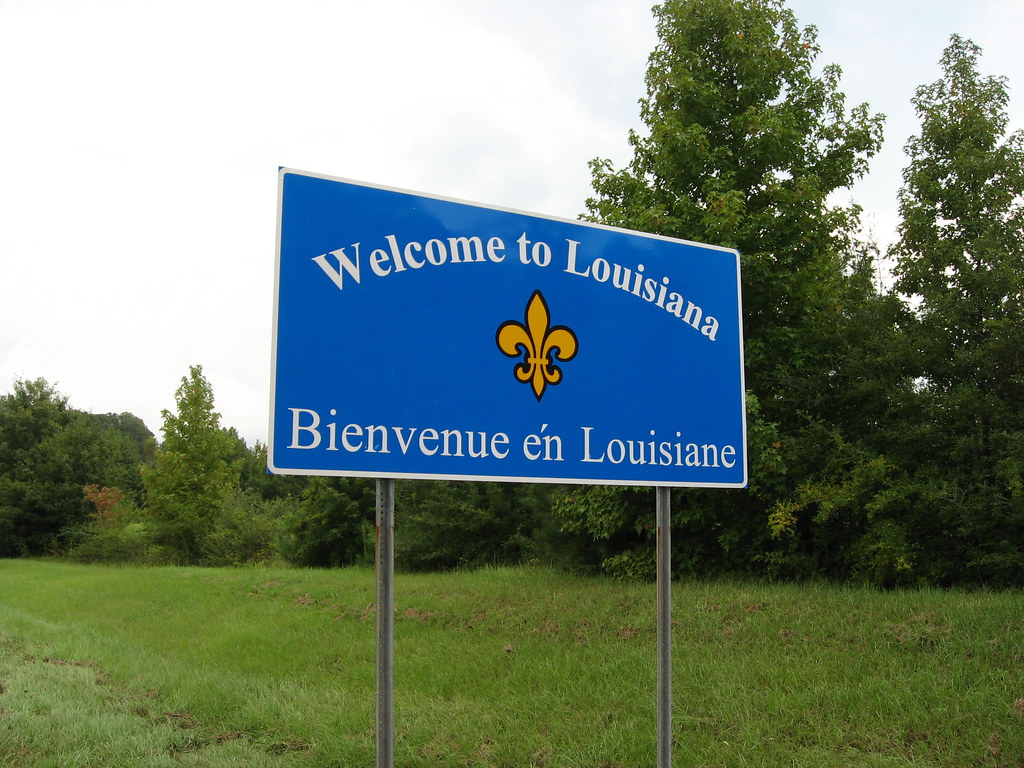 Every map of Louisiana is a lie – what it really looks like will scare you.

The frequency and strength of major climate events is ravaging the country while conservatives and corporate America deny the science behind the problem.

Business Insider published an article by Brett Anderson in late 2014 dealing with the shrinking coastline of Louisiana that is, sadly, more relevant today than ever. [That article, Every Map Of Louisiana Is A Lie — What It Really Looks Like Should Scare You was a shorter version of an in-depth analysis published on the website Matter.]

According to the U.S.G.S., the state lost just under 1,900 square miles of land between 1932 and 2000. This is the rough equivalent of the entire state of Delaware dropping into the Gulf of Mexico, and the disappearing act has no closing date. If nothing is done to stop the hemorrhaging, the state predicts as much as another 1,750 square miles of land  —  an area larger than Rhode Island  —  will convert to water by 2064. An area approximately the size of a football field continues to slip away every hour

“We’re sinking faster than any coast on the planet,” explains Bob Marshall, a Pulitzer-winning journalist in New Orleans.

Continuing, Anderson writes that the iconic “boot” shape that everyone recognizes as Louisiana “is at best an inaccurate approximation of Louisiana’s true shape and, at worst, an irresponsible lie.”

However, as Anderson writes, “Significant barriers  —  bureaucratic, political, and economic  —  make any ‘official’ alterations of the boot appear as difficult as actually restoring the land.”

Believing that a “truer image of the state could overcome those obstacles, Anderson and Matter “pushed forward” with creating their own “alternate” map.

To accomplish this goal, Anderson obtained the assistance of Andrea Galinski, a coastal resources scientist with Louisiana’s Coastal Protection and Restoration Authority (C.P.R.A.)

They “started with a map of Louisiana that includes non-walkable and non-inhabitable land,” and “using publicly available data, Galinski created a map on which areas that commonly appear as land on government issued maps—woody wetlands, emergent herbaceous wetlands, and barren land — were re-categorized to appear as water.”

From that map, they “created a boot whose southern borders are drawn from where terra firma meets water.”

Anderson writes that on their map, “the real map, the boot appears as if it came out on the wrong side of a battle with a lawnmower’s blades. It loses a painful chunk off its heel in Cameron and Vermilion parishes.”

“Some people might criticize us for taking out the wetlands entirely, and there are places that do exist in real life — like Isle de Jean Charles — that aren’t on our boot (although they are visible, if barely, on the map we used to create the boot),” he continues, “But maps are approximations, and we believe ours errs closer to the side of truth.”

You can see the side-by-side comparisons of the current maps in Louisiana and the one created by Matter in the tweet, below:

Louisiana doesn't look like a boot. So @BrettEats set out to create a true map of the state: https://t.co/HYITVBAt2b pic.twitter.com/NAE8lEg9AE

The map below of Louisiana’s southern coast further illustrates the change with orange areas representing land lost between 1937 and 2000.

More frightening is the map, below, from the C.P.R.A. projecting future land loss/gain: 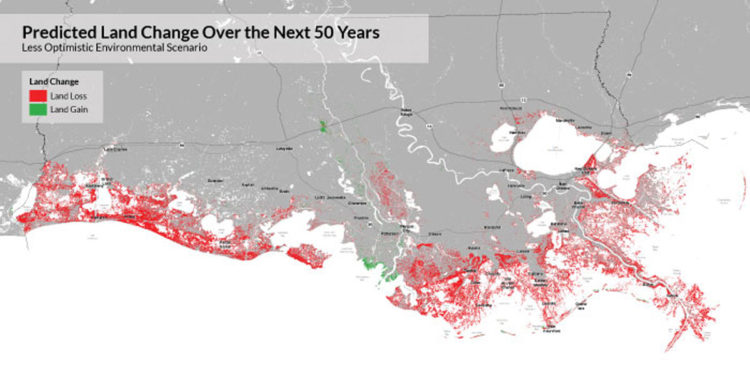 And one more image showing the anticipated land change from 1932 to 2050. 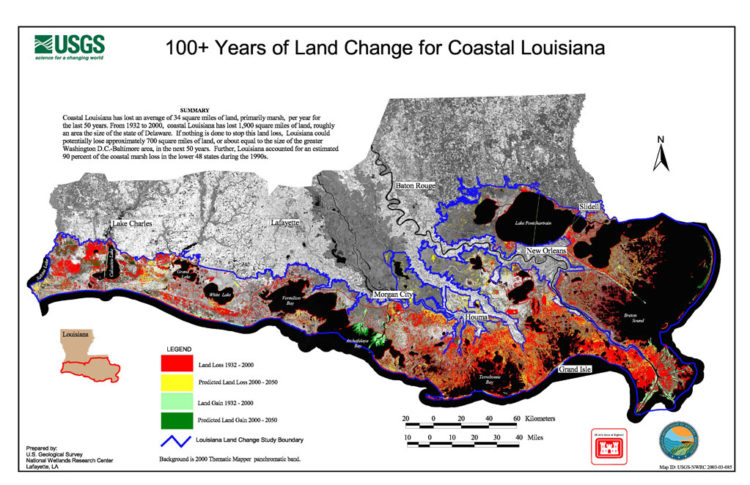