You Had 8 Years Obama – Where’s The FEMA Camps, Sharia Law, Suspension of the Constitution? 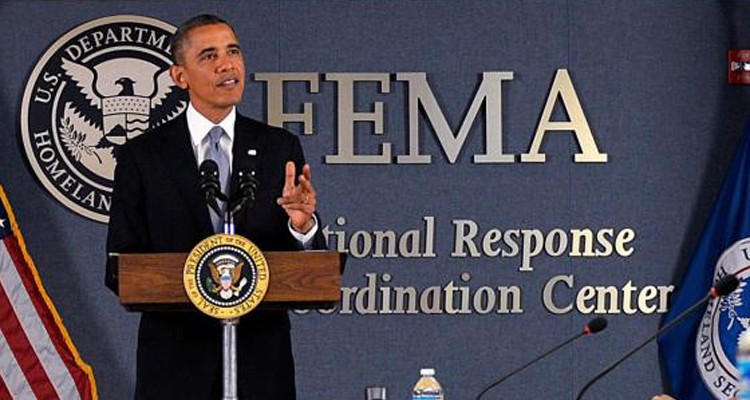 Obama failed to live up to conservative predictions and expectations, making him one of the greatest presidents of our time – unlike the present occupant of the Oval Office.

As the nation shakes its head in disbelief at our Tweeter-in-Chief – our national embarrassment,  it is fitting to consider the failure of former-President Barack Obama to live up to conservative expectations.

It seems only yesterday that my friend, Name Changed to Protect the Guilty, was predicting civil war, the end to free democratic elections, the imposition of socialism and the nanny state.

He reminded me that

During that last Civil War brother fought brother, sons fought fathers, and life long friends killed each other over politics. It not just some intellectual exercise for your amusement. It’s a deadly serious business.

Our government no longer represents the best interests of the people. You have put all your faith in the State.

With that in mind, here are three of our favorite allegations, myths, lies regarding the Obama agenda that have failed to come true in spite of the 9 years Obama had in office.

The rumor of the wide-spread detention of gun-toting, God-loving Americans being placed, by the millions, into FEMA camps has been around for years now. Late last year, Morgan Brittany, actress and host of conservative online show PolitiChicks, won a gold star for her assertion that “the Obama administration has ‘orchestrated’ Ebola and other crises in order to declare ‘martial law’ and seize everyone’s guns,” as reported by MediaMatters.

Brittany explained her theory in an article of hers published by WND:

Upon hearing this latest evidence of the incompetence permeating our government, the conversation veered into conspiracy territory. One of the men brought up the fact that Washington has known for months if not years that we were at risk for some sort of global pandemic. According to a government supplier of emergency products, the Disaster Assistance Response Team was told to be prepared to be activated in the month of October for an outbreak of Ebola. Hmm, that’s just like the fact that they knew 60,000 illegal children were going to be coming across our southern border eight months before it happened.

Questions were then brought up about the stockpiling of ammunition and weapons by Homeland Security over the past couple of years and the $1 billion worth of disposable FEMA coffins supposedly stored in Georgia. Why was there preparation being made for FEMA camps to house people in isolation? These were the questions being seriously discussed.

Our favorite rumor regarding Obama’s plans to impose Islamic/Sharia law on the United States comes from an interview last year with Jim Garrow[1]. As Right-Wing Watch reported last February, in an interview with “The Rundown, right-wing huckster Jim Garrow cited the completely bogus conspiracy theory that Obamacare is paving the way for legal decapitation by guillotine, which he claims is part of President Obama’s plan to impose Islamic law on America.”

It’s interesting that people now are in a position to make a choice: Will you protect America and the citizens of America, ‘We the People,’ will you honor the Constitution? Or will you become a lackey and listen to the despot and follow his direction and basically start Murder, Inc.? Because that’s where it’s going to go. What happened now, just recently? We now have a part of Obamacare where we now have legal execution by guillotine. Did you see the list? It’s been added to the list.

If Obama is a Muslim, if the Muslims when they dominate Christians, if what they do is kill them by taking off their heads, decapitation by the sword, this is just another sword, it’s another way, it’s another mollification of Muslims, of Islam, it’s another lining up, paralleling what’s right and able to be done in America, legally, with what the Muslims do. This is dhimmitude, submission, submission to Islam and the traditions of Islam. Done by that bunch of wackos, that bunch of crazies, traitors in the White House led by Mr. Obama.

We have heard for years about the imminent suspension of the Constitution and the imposition of martial law. In spite of the obvious absurdity of such claims, there are those who go much further than that. One such example can be found, yet again, with insane Jim Garrow.

The story begins with a Facebook post from January 2013 in which he claimed that Obama is purging military leadership of anyone unwilling to fire on U.S. citizens.

I have just been informed by a former senior military leader that Obama is using a new “litmus test” in determining who will stay and who must go in his military leaders. Get ready to explode folks. “The new litmus test of leadership in the military is if they will fire on US citizens or not”. Those who will not are being removed.
– Dr. Jim Garrow[2] – January 21, 2013

Here’s where it gets interesting though. Right-Wing Watch reported that on 21 October 2013, “Garrow showed up on Rick Wiles’ End Times radio broadcast to claim that for the last forty years, he had been working as an undercover intelligence officer for the US government until he was forced out last month by President Obama” for revealing details of the litmus test.

Garrow went on to reveal that “the Obama administration was responsible for the deaths of right-wing blogger Andrew Breitbart, journalist Michael Hastings, and novelist Tom Clancy, all of whom knew that Obama was, in reality, an agent of the Saudi Arabian government.  In fact, Garrow said, it was the fact that Breitbart couldn’t keep his mouth shut about it that caused all three of them to be killed.”

1. For more on Jim Garrow and his numerous conspiracy theories regarding the Obama administration, check out his page on Right-Wing Watch.
2. As ThatTallGuy notes on Daily Kos, “His title of ‘Doctor’ is an honorary degree in theology  from an unaccredited school. He claims he completed the coursework but that the degree was honorary — huh?| [sources omitted]