The Republican Party Is Not A Political Party – It’s A Mental Condition: 10 Examples 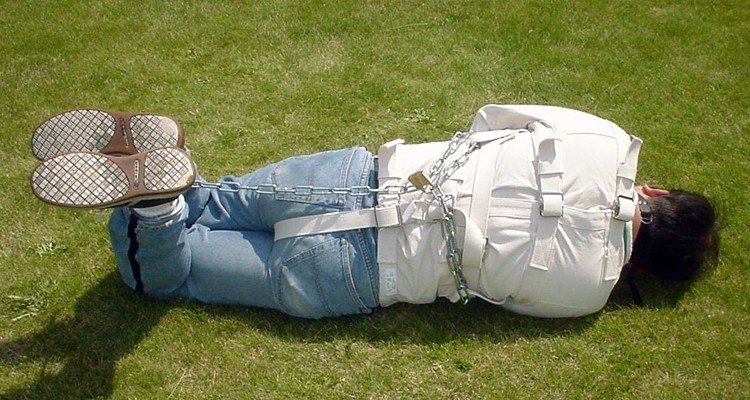 “The Republican Party is not a political party – it’s a mental condition. And I mean that seriously because if you are for crushing the poor, unprovoked wars, there is no climate change, immigrants. It’s like ‘who are we’?”

As you might imagine, we receive a lot or emails every week – some good, some bad, some neutral. We received one on Saturday that amused the hell out of us and wanted to begin by sharing it with you.

The email was entitled “Name calling” and included the following message:

Do you get your rocks off by calling anyone you disagree with a vulgar name. The rabble that comes out of your mouth would make a rattlesnake puke. You are entitled to an opinion but try to keep it civil.

Curious, I looked up this individual on Facebook using his email address and found a wealth of amusing information there and wanted to share with you some favorites, many of which have us pondering whether or not being conservative – in some extreme instances – could be a form of mental illness. [And bear in mind, we have already discussed in detail whether the Republican Party is a mental affliction.]

NASA connects the future discovery of alien life forms to global warming. The space agency has detected the existence of life far out in The Milky Way. They have been slow to release many details, however an anonymous source has leaked some information. This new life form is expected to arrive at our planet within 20 years. Now, how does that connect with global warming, the life forms is an amphibian and requires a very damp and hot environment. They have been using their highly advance technology to warm our planet. The space agency estimates that their arrival will be timed to the exact atmospheric conditions they require to survive.

What does PETA and Abortion have in common “NOTHING”. I have always wondered why people have a higher regard for a newborn alley cat than for a human life. By no means am I talking about rape, incest or the mother’s health. The argument that women should have control of their reproductive rights is flawed. Women do ultimately have absolute control. They have the right to say no, they have the right to cross their legs, they have the right to use many types of contraception, they have right to insist that their partner wears a condom. … Women exercise your absolute right not to become pregnant, exercise that right.

If professors like Elizabeth Warren were not paid $300,000 for a few hours work per week. College would be affordable and hence no student loan crisis. Take some responsibility it all not Wall St. Fault. She could have worked for less than $300,000 and reduced the cost of her class. But Indians would not do that, it’s like surrendering to The Pale Faces

[T]here are not enough days in the year to celebrate for each religion. There are two solutions, one is to combine all religions into one day and call it The a Religious Day. The other solution is to extend the year from 365 days to 730 days. This would accomplish a great deal: fewer elections, fewer tax days, twice as many weekends, longer summers and of course more days to educate our children.

Congresswoman Barbara Lee Talking About How SNAP Helped Her Out:

Sure, it allowed you to tell the world climate change would force women into prostitution. Completely insane.

Since medical costs are so high, and the quality of care so low, especially at The VA. We should send all of our veterans to Somalia where they can receive very cost effective treatment from some of the most experienced Witch Doctors.

Today I am starting a worldwide boycott. I have shut the main electrical breaker (zero electricity), shut the main water valve (zero water or sewage charges), I will not leave the house, I will not drive, I will not buy anything including food, I will not use my cellphone, or anything powered by battery. And lastly I will stop breathing. Now that I have boycotted everything and probably boycotted life, there is nothing left to boycott. Oh, I forgot now that I’m dead I still have to boycott, the funeral, the coffin, the grave. So what to do with my remains? I guess I’ll have to boycott all the boycotts and continue to put up with the ignorance in the world. Maybe I can just boycott the ignorance, it could be a solution.

Warren is not a 1/32nd Cherokee. I spoke with The Cherokee Chief ” Two Dogs in Heat” and he confirmed it.

I used to ride the train to work, most people were busy reading the news. Today they are plugged into their MP3 player listening to foul mouthed rappers. Hats on backwards, pants down around the knees with the latest Nike $300 sneakers, and these are just the girls. They wonder why they have a terrible time grasping the brass ring. You want to look like that, because your friends all look like that, you certainly will wind up in the same place, yelling inequality. Working hard is one aspect of achieving success, the other is presenting yourself to society as someone who has it together. Not like someone who just woke up and rolled out of a box on the street. As an employer I would never hire and promote anyone who does not display self respect, if that is your way you probably not respect others.