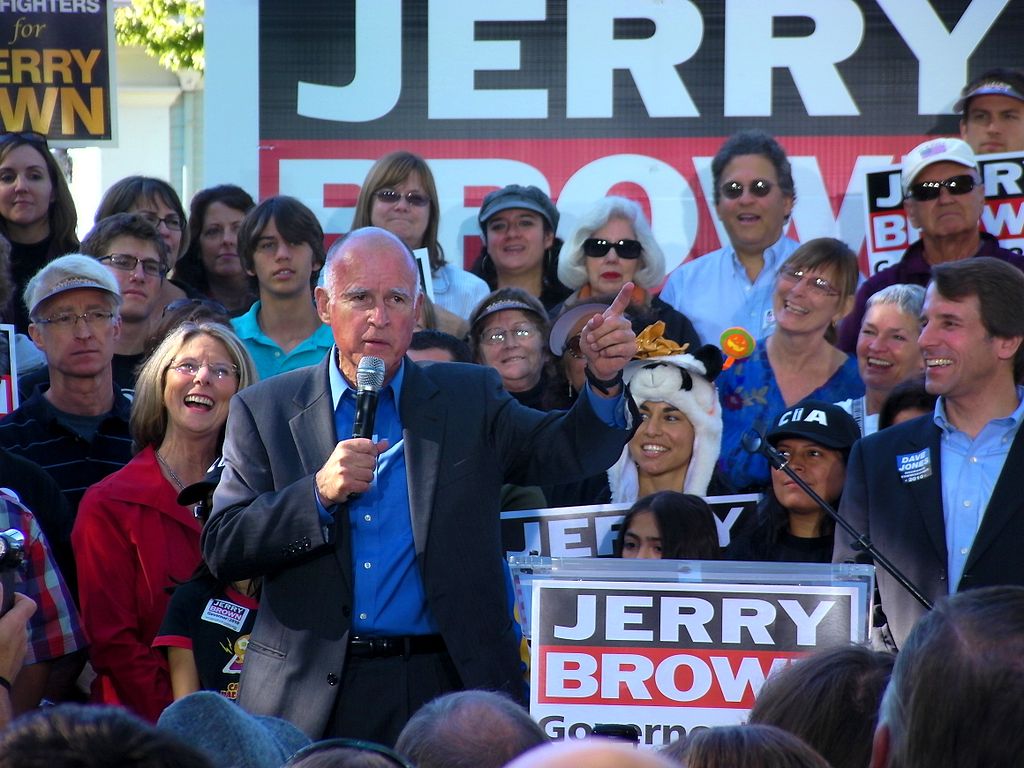 California, known for its progressive social policies, may very well be setting a national trend with 8 progressive laws.

California’s legislative session officially concluded for both legislative houses on September 11th of this year, with October 11th being the last day for Gov. Jerry Brown to sign or veto bills. Statutes take effect on on January 1, 2016, and legislature reconvenes three days later.

In all, lawmakers sent Gov. Brown 808 bills and he signed 675 of them, many of them being some of the nation’s most aggressive social policies.

NBC News reported this week that California’s “range of sweeping new laws in the most populous state reflects legislators’ desire to set a national trend on progressive social and environmental issues,” adding that “many interest groups and politicians see California as the brass ring for setting policies — and then testing whether those policies can withstand rigorous challenges.”

At the center of the issue was Brittany Maynard, a 29-year-0ld California newlywed, who was diagnosed with terminal brain cancer and subsequently moved to Oregon to take advantage of the state’s Death With Dignity Law. Days before she took life-ending drugs, she recorded a video telling California lawmakers that terminally ill patients shouldn’t have to “leave their home and community for peace of mind, to escape suffering, and to plan for a gentle death.”

Gov. Jerry Brown, a lifelong Catholic and former Jesuit seminarian, released a statement explaining that the religious objections to the bill were not enough to convince him to veto the legislation.

“In the end, I was left to reflect on what I would want in the face of my own death,” Brown wrote, adding “I do not know what I would do if I were dying in prolonged and excruciating pain. I am certain, however, that it would be a comfort to be able to consider the options afforded by this bill.”

MSNBC reported earlier this week that: “In the aftermath of record-low voter turnout in California’s most recent midterm election, Democratic Gov. Jerry Brown signed a landmark measure into law on Saturday that would allow all eligible citizens of the state to be automatically registered to vote when they go to the Department of Motor Vehicles’ office to obtain or renew a driver’s license.”

“The New Motor Voter Act will make our democracy stronger by removing a key barrier to voting for millions of California citizens,” said Secretary of State Alex Padilla, who sponsored the bill. “Citizens should not be required to opt-in to their fundamental right to vote. We do not have to opt-in to other rights, such as free speech or due process.”

The new law will go into effect in January 2016, and voters will retain their right to opt out or cancel their voter registration at any time, according to officials.

California Gov. Jerry Brown (D) signed SB-707 Firearms: gun-free school zone on Saturday, banning the carrying of concealed firearms on school and university campuses in the wake of the recent shooting at a community college in Oregon that left nine victims dead and a day after deadly shootings at college campuses in Texas and Arizona.

The Los Angeles Times reports that, “Sen. Lois Wolk (D-Davis) said the bill she introduced several months ago is needed to close a loophole that allows people with concealed-weapons permits to carry firearms onto school grounds. The bill prohibits that practice, unless school officials grant permission or the carrier is retired from law enforcement.”

The measure was supported by law enforcement groups such as the California College and University Police Chiefs Association.

Peggy McCrum, president of the California Chapters of the Brady Campaign to Prevent Gun Violence, supported the bill, SB 707, saying: “California’s college campuses and K-12 schools should be sanctuaries for learning, free from the fear of gun violence,” adding the new law “will make schools safer and decrease students’ risk of being injured or killed.”

Both legislative houses passed the Clean Energy and Pollution Reduction Act of 2015 on September 11, 2015.

The new law will require the state “to increase from 33 percent to 50 percent, the procurement of our electricity from renewable sources” like solar and wind by 2030 and will require the state to “double the energy efficiency savings in electricity and natural gas final end uses of retail customers through energy efficiency and conservation” in the next 15 years, continuing California’s “leadership in terms of social and environmental issues,” said Larry Gerston, a professor emeritus at San Jose State University.

SB-27 Livestock: use of antimicrobial drugs was signed by Gov. Brown on October 10th, the strictest livestock antibiotic bill in the nation.

As Bloomberg reports, “the law bans the use of medically important antibiotics to promote growth in cows, chickens, pigs, and other animals raised for profit. Meat producers will only be able to administer the drugs with the approval of a veterinarian when animals are sick, or to prevent infections when there’s an “elevated risk.” They can’t use the drugs “in a regular pattern.” The policy is more restrictive than the U.S. Food and Drug Administration’s national guidelines, which don’t restrict use for disease prevention.”

Gov. Brown signed the School or athletic team names: California Racial Mascots Act on October 11, 2015, making it the nation’s first state to pass a law “prohibiting public schools from using the term ‘Redskins’ as a team name or mascot.”

The Los Angeles Times reports that: “As of Jan. 1, 2017, all public schools will be barred from using the term “Redskin,” which many Native Americans consider a racial slur. The measure by Assemblyman Luis Alejo (D-Watsonville) will allow schools that use materials that contain the term, such as uniforms, to phase out their use to alleviate cost concerns. The new law will affect four California high schools in Merced, Calaveras, Tulare and Madera counties.”

Gov. Brown signed AB-266 Medical marijuana creating the Bureau of Medical Marijuana Regulation which would oversee the licensing and regulatory efforts in the state.

According to the bill’s text: “This bill, among other things, would enact the Medical Marijuana Regulation and Safety Act for the licensure and regulation of medical marijuana and would establish within the Department of Consumer Affairs the Bureau of Medical Marijuana Regulation, under the supervision and control of the Director of Consumer Affairs. The bill would require the director to administer and enforce the provisions of the act.“

The Los Angeles Times reports that, “The measure is aimed at giving greater sway to lawmakers who represent low-income and minority communities on the state’s top regulatory agency handling pollution,” adding that: “The idea is that poor communities are most likely to be impacted by pollution as well as economic impacts due to tighter regulation.”