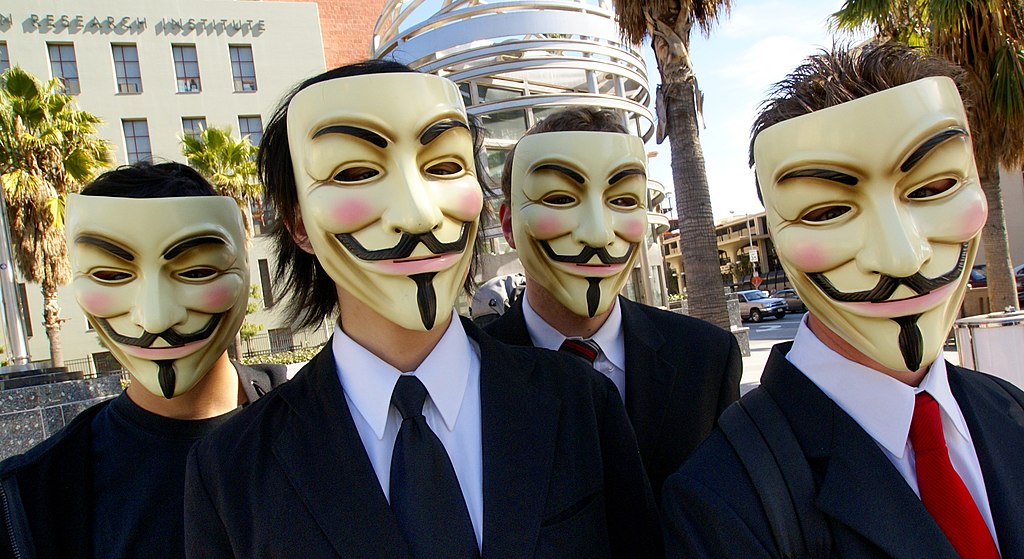 “Operation KKK” plans to release the identities of 1,000 members of the noted hate group.

It’s not hard to admire and respect Anonymous when they seek to destroy the scum of the earth. In a non-violent way, they quite often target those who are rarely challenged, due to others fearing retaliation.

In this case, Anonymous has set its sights on shutting down the KKK/Ku Klux Klan. In the past year Anonymous has become more aggressive and attacked KKK’s main Twitter account, publishing personal information of alleged members of TALKKK, causing some members to leave. Bye, Felicia.

In a statement released last week, Anonymous said they respect the First Amendment. The attack is for another reason.

In Anonymous’ “Operation KKK,” they now plan to release 1,000 identities from the hate group. It would seem exposing members of this murderous hate group would have taken place decades ago. But then, we didn’t have the same internet/social media technical tools we have today. KKK is one of the most vicious groups in America.

To give you an idea of how powerful they can be in influencing the historical course of this country, here is an example:

Klan violence worked to suppress black voting, and campaign seasons were deadly. More than 2,000 persons were killed, wounded and otherwise injured in Louisiana within a few weeks prior to the Presidential election of November 1868. Although St. Landry Parish had a registered Republican majority of 1,071, after the murders, no Republicans voted in the fall elections. White Democrats cast the full vote of the parish for President Grant’s opponent.

On the other hand … Anonymous, a “leaderless, idea/entity,” launched Operation Darknet in October 2011. They targeted a child pornography site, called Lolita City, releasing 1,589 usernames from the site in Anonymous’ OpDarknetV2. This was just one of many of the Operations from a pretty massive and impressive list. Anonymous verses KKK …