Ben Carson Needs To Get A Freakin’ Clue 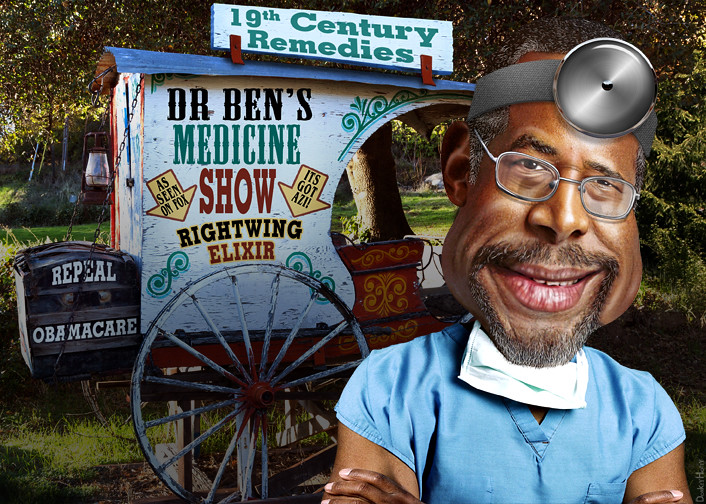 Ben Carson’s words about the Holocaust (it could have been avoided if Jews had been armed) are so ridiculous, they do not deserve a rebuttal.

But you know me. I gotta.

The Russians successfully fought off the Nazis. But not before losing — and I googled this — 11 million of their soldiers.

Soldiers with GUNS. With military training. And grenades and tanks, too.

Yet you think private individuals — vastly outnumbered and with no training or help — could have fought them off?

Juvenile and offensive in the extreme.

Yes, there are instances of people fighting back against a regime in successful guerilla warfare. The Viet Cong would be the best example. But they were heavily subsidized by foreign interests AND the numbers were not nearly so imbalanced.

The Jews had no one for a long time. And as much as we hope the courage to fight back will be rewarded, it was punished with a viciousness meant to deter. Stand up and fight? Sure. But then they’ll torture and kill your kids.

Besides, by the time the Jews understood their fate, it was too late. They did not suspect….. How could they? Read ANY first-person account or memoir, and they all say that.

So, Ben Carson and others. I know you love the movie Red Dawn. A handful of high school kids suddenly, miraculously become Elite Killing Machines fighting off the invading commies in the name of Free-Dum!

Or Die Hard. “Vat are you,” said the Russian-accented terrorist, “some kind of American cowboy?” To which the hero, John McClain, responds: ‘Yippie Ky Ay, mother……….” Or Rambo, or a million others.

But those are just movies.

In real life, “the good guy with the gun” up against an entire government might save himself in the immediate situation. But that’s IT.

You don’t save yourself and defeat the enemy in the long run with guns. You do it with ideas. With education.