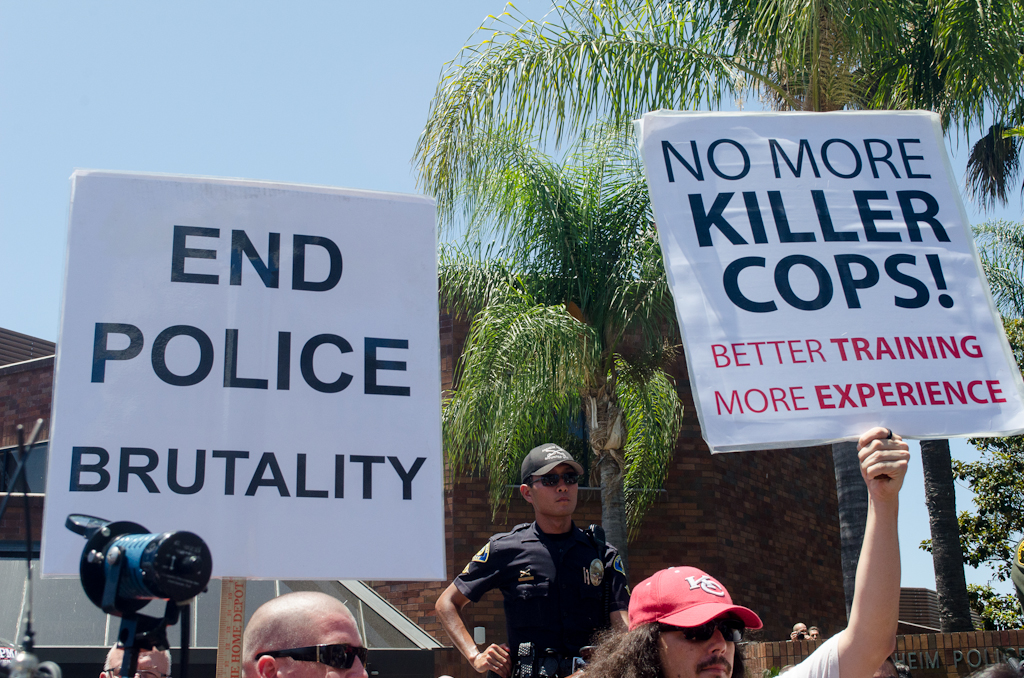 Maybe it’s just the contrarian in me, but when I first glimpsed the headline I immediately thought to myself: “WTF? Does that mean that 30% of police shootings are derelict?”

I suppose I should have guessed it, but that figure was wrong – as confirmed by an article published by The Washington Post that was the cited source for the AllenBWest article by staff writer Ashley Edwardson.

Indeed Edwardson contradicts her own thesis almost from the beginning of the article, writing of fatal shootings by the police:

As the Washington Post (hardly a conservative-leaning source) confirms, “… only a small number of the [fatal] shootings — roughly 5 percent — occurred under the kind of circumstances that raise doubt and draw public outcry, according to an analysis by The Washington Post. The vast majority of individuals shot and killed by police officers were…armed with guns and killed after attacking police officers or civilians or making other direct threats.“

Problem #1: Even One Unjustified Fatal Shooting By Cops Is One Too Many

This takes us to my first problem with the article: that somehow the idea of police killing people at the “unjustified” rate of “roughly 5 percent” is acceptable. Using The Washington Post number of fatal police shootings so far this year – 595 cases – that means 30 people have been unnecessarily killed by police officers.

However, The Guardian offers better tracking of these figures, placing the total number of people killed by the police so far this year at the mind-numbing figure of 944. If The Washington Post assessment is correct, that takes the number of unjustified killings to 47. And while one might argue that in a country with a total population of nearly 322 million that figure is a statistical speck – my response is “tell that to the family and friends of someone killed by cops” in a bad shoot.

As if the above were not enough, Edwardson goes on to explain how Black Lives Don’t Matter.

Using an ill-conceived sleight of hand recitation of numbers, Edwardson attempts to marginalize the deaths of black civilians by cops in bad shootings. She begins by writing that: “Much of the public outcry about police use of deadly force began in August 2014 when a white police officer shot and killed an unarmed black teenager, Michael Brown, after a struggle in Ferguson, Mo. A grand jury declined to indict the officer.”

Continuing her farcical tale, she writes: “And as far as police targeting blacks? “Of the 800 people killed by police this year, almost half have been white, a quarter have been black and one-sixth have been Hispanic.”

President Obama recently stated, “The African-American community is not just making this up. It’s not something that’s just being politicized. It’s real.”

But as you can see by the facts, it’s NOT real, and a small portion of the black community IS making this up. Sometimes I think they want it to be real so they can continue to convince the majority of black Americans [that] they live in a society where it’s “us or them.”

Okay – hold on a minute; let’s back up to that part about “almost half” being white and “a quarter black.” Taken at face value, it might appear that Edwardson has a good point. However, when we look at the underlying demographics – the fact that whites encompass 72.41% of the total population and African-Americans 12.61% – those figures tell a different story.

According to The Guardian’s figures, whites have been killed by the police at the rate of 2.21 per million, while blacks are being slaughtered at the rate of 5.51 per million. That means your chances of being arbitrarily killed by cops is roughly 2 1/2 times higher if you are black than white.

Looking at Edwardson’s claim regarding Hispanics, The Guardian lists their deaths at the rate of 2.66 per million – slightly higher than that of whites.

Conclusion: AllenBWest Is Full Of Sh*t

As we noted above, even one unjustified death at the hands of cops is one too many. Sure mistakes happen, but the police are there to Protect and Serve; statistics will only improve if they are held accountable through transparent and accurate reporting and the application of appropriate oversight and accountability – be it administrative or through the courts (on a case-by-case basis).

President Obama was correct when he he defended the #BlackLivesMatter movement to police.

“There is a specific problem that is happening in the African-American community that is not happening in other communities, and that is a legitimate issue that we’ve got to address.”

“The African-American community is not just making this up. It’s not something that’s just being politicized. It’s real,” Obama said, adding: “We as a society, particularly given our history. have to take this seriously.”

In addition to representing Florida’s 22nd congressional district in the United States House of Representatives from 2011 t0 2013, Allen B. West is a retired U.S. Army lieutenant colonel.

West was deployed to Kuwait in 1991 and Iraq in 2003. While in Iraq, he was charged in an incident that involved the beating and simulated execution of an Iraqi policeman. After an Article 32 hearing was held, West accepted non-judicial punishment, was fined $5,000, and was allowed to retire as a lieutenant colonel.

As CNN reported at the time, “The case stems from an incident August 20 [2003] at a military base in Taji, just north of Baghdad, when West was interrogating an Iraqi policeman, who was believed to have information about a plot to assassinate West with an ambush on a U.S. convoy.”

In testimony at an Article 32 hearing — the military’s version of a grand jury or preliminary hearing — West said the policeman, Yahya Jhrodi Hamoody, was not cooperating with interrogators, so he watched four of his soldiers from the 220th Field Artillery Battalion beat the detainee on the head and body.

West said he also threatened to kill Hamoody. Military prosecutors say West followed up on that threat by taking the suspect outside, put him on the ground near a weapons clearing barrel and fired his 9 mm pistol into the barrel.

Apparently not knowing where West’s gun was aimed, Hamoody cracked and gave information about the planned ambush on West’s convoy, thwarting the attack.