What Exactly Is Wrong With Donald Trump? Leading Psychologists May Have An Answer 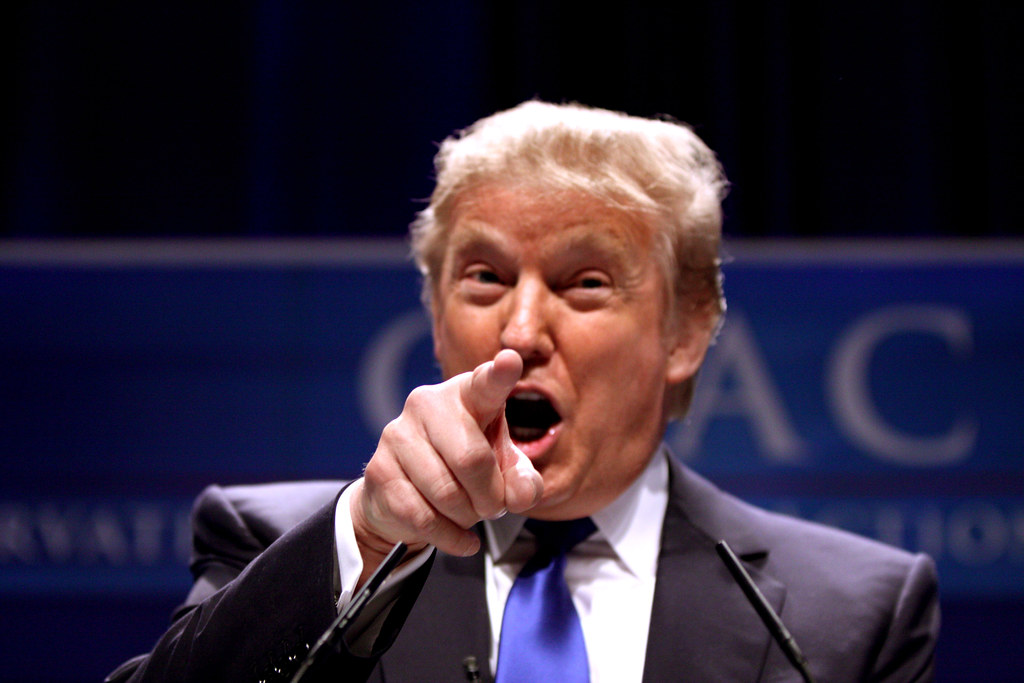 Millions of sane Americans wonder what exactly is wrong with Donald Trump. With the help of leading psychologists – we may have an answer.

Liberals and conservatives alike wonder what exactly is wrong with Donald Trump in the wake of his near endless stream of anti-immigrant, anti-Muslim, un-American hate mongering.

Vanity Fair may offer an answer with a recent article entitled: “Is Donald Trump Actually a Narcissist? Therapists Weigh In!“

For mental-health professionals, Donald Trump is at once easily diagnosed but slightly confounding. “Remarkably narcissistic,” said developmental psychologist Howard Gardner, a professor at Harvard Graduate School of Education. “Textbook narcissistic personality disorder,” echoed clinical psychologist Ben Michaelis. “He’s so classic that I’m archiving video clips of him to use in workshops because there’s no better example of his characteristics,” said clinical psychologist George Simon, who conducts lectures and seminars on manipulative behavior. “Otherwise, I would have had to hire actors and write vignettes. He’s like a dream come true.”

Calling Trump “very easy to diagnose,” psychotherapist Charlotte Prozan told Vanity Fair that “In the first debate, he talked over people and was domineering. He’ll do anything to demean others, like tell Carly Fiorina he doesn’t like her looks. ‘You’re fired!’ would certainly come under lack of empathy. And he wants to deport immigrants, but [two of] his wives have been immigrants.”

Then there is the fact that Trump presents himself as a savior to the economy despite the bankruptcies of four of his companies. Referring to the fact that Trump was not a wholly self-made man, Michaelis notes that: “This man has been given more than anyone could ever hope for, yet he’s failed miserably time and time again.”

Asked what they would “work on” were Trump their patient, several of the therapists laughed.

“I’d be shocked if he walked in my door,” said Behary. “Most narcissists don’t seek treatment unless there’s someone threatening to take something away from them. There’d have to be some kind of meaningful consequence for him to come in.” Simon concurred but added, “There is help available, but it doesn’t look like the help people are used to. It’s not insight-oriented psychotherapy, because narcissists already have insight. They’re aware; the problem is, they don’t care. They know how you’d like them to act; the problem is, they’ve got a different set of rules. The kind of approach that can have some impact is confrontational. It confronts distorted thinking and behavior patterns in the here-and-now moment when the narcissists are doing their thing in the session. It’s confronted on the spot; you invite them to do something different, then you reinforce them for doing so.”

However, as Vanity Fair concludes in their article, there may be an even greater concern. As Mr. Gardner told the publication:

For me, the compelling question is the psychological state of his supporters. They are unable or unwilling to make a connection between the challenges faced by any president and the knowledge and behavior of Donald Trump. In a democracy, that is disastrous.