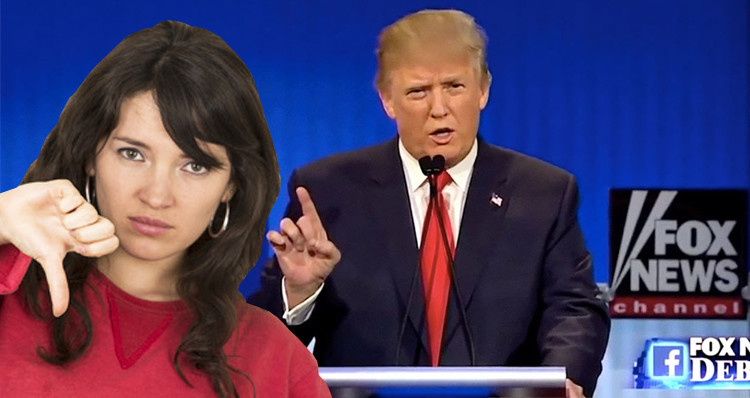 The perception of Fox News among Republicans has hit a 3-year low according to a recent survey.

Confidence in Fox News Channel (FNC) hit a 3-year low among Republicans according to a new survey conducted by YouGov BrandIndex, a consumer research firm based out of the United Kingdom with operations in Europe, North America, the Middle East, and Asia-Pacific.

YouGov reports that “Since the first GOP presidential debate last August, Fox News Channel seems to have lost its perception mojo with its core right-leaning audience.”

The survey also shows Fox viewers’ positive perception has declined by 50 percent since the beginning of the year: “By mid February, FNC’s perception by Republican adults 18 and over had reached its lowest point in more than three years, and has declined by approximately 50% since January of this year.“

YouGov goes on to link the decline in perception to the rise of Republican presidential hopeful Donald Trump. YouGov writes that: “Coinciding with Trump’s rise to front-runner in the GOP presidential race, Fox News Channel has seen its perception by Republicans slide. In early August 2015, right after the first GOP debate aired on Fox News Channel, Trump went on a Twitter war with moderator Megyn Kelly, saying she ‘bombed’ and calling her ‘a lightweight reporter.’“

Noted conservative website Breitbart agrees with contributor John Nolte writing of the YouGov survey: “There is no question that this precipitous drop is the result of Fox’s ongoing war with Donald Trump.“

Nolte blames the fall in confidence in Fox News reporting on two factors: “bias” and “cluelessness.”

Writing of bias, Nolte explains: “Whether or not you support Trump, FNC’s pro-Rubio/GOP Establishment bias is still as hard to swallow as the mainstream media’s left-wing bias. Bias is bias. It’s manipulative and dishonest, and no one likes to be manipulated or lied to.“

Nolte goes into a lengthy explanation of the clueless nature of Fox News reporting, stating in part: “When it came to grasping the Trump phenomenon, Fox News was every bit as clueless and caught off guard as the BubbleDumb in the mainstream media. A few of the opinion-driven FNC pundits, like Sean Hannity, Eric Bolling and Andrea Tantaros, saw the writing on the wall, but they were outliers who, when you look back, only make the rest of the network look clueless, especially the straight news division.“

Towards the end of the article, Nolte makes the startling admission: “Here is something I never thought I would write in my lifetime: CNN’s handling of the Republican debates has been infinitely more professional, unbiased, and fair than Fox News. It’s not even close. If you go back and look at the debates, CNN’s Jake Tapper and Wolf Blitzer have out-classed Megyn Kelly, Chris Wallace, and Bret Baier by a wide margin.“