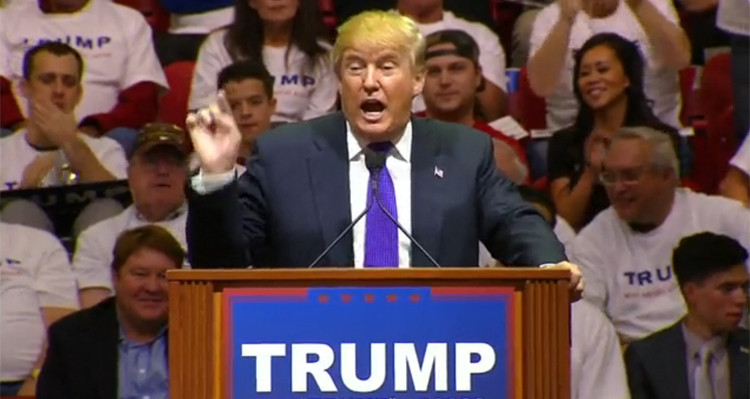 Donald Trump tells cheering crowd that he’d like to punch a protester in the face.

Republican presidential hopeful Donald Trump told a Las Vegas crowd on Monday that he’d like to punch a protester in the face and lamented the passing of the “old days” when “a guy like that” would have been “carried out on a stretcher.”

Going on the offensive he told the cheering crowd: “Oh, I love the old days, you know? You know what I hate? There’s a guy, totally disruptive, throwing punches, we’re not allowed to punch back anymore. I love the old days, you know what they used to do to guys like that when they were in a place like this? They’d be carried out in a stretcher, folks. Oh, it’s true.”

Explaining that “the guards are very gentle with him,” Trump continued, explaining that his own reaction would have been different: “I’d like to punch him in the face, I’ll tell you.”

You can watch Trump in action in the clip, below, from NBC News.