March 8, 2016 by Kimberley Johnson No Comments 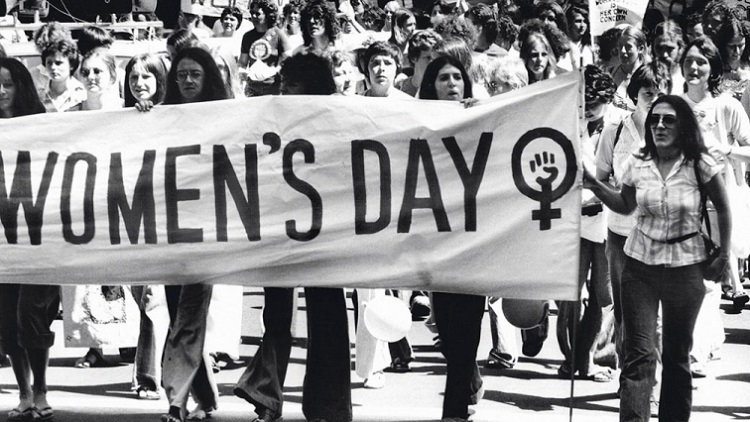 Am I supposed to be grateful that women all over the globe get a whole day of recognition? We get one day and then it’s Wednesday. Back to the bullshit. Back to accepting inequality and violence and rape. But hey, we get a whole day!!!

Don’t get me wrong. I am grateful for all of the women (and men) who have fought for equality. I’m grateful that Alice Paul went to jail so that I could vote. I’m grateful Gloria Steinem has been a fierce leader for women’s equality for decades, and I’m grateful my mom. She’s a strong feminist who raised me as a single mother, and she taught me to believe in myself. However there are still too many wrongs that must be righted.

Here are seven examples in the United States:

Equal Rights are not guaranteed in the Constitution:

There is no constitutional protection against gender discrimination. Not for women or men. Ratifying the Equal Rights Amendment would correct this. It’s been over 90 years and we’re still waiting . . .  Learn more HERE.

Female Genital Mutilation is on the rise:

“In response to advocacy by Equality Now, Safe Hands for Girls, and other civil society partners, in January 2016 the U.S. Department of Health and Human Services’ (HHS) Centers for Disease Control and Prevention (CDC) published a new study about the number of women and girls who are at risk of FGM or have undergone FGM in the U.S. According to the study, an estimated 513,000 women and girls in the U.S. have undergone or are at risk of being subjected to FGM, which is more than three times higher than an earlier estimate based on 1990 data. The Population Reference Bureau also conducted a nationwide prevalence study on FGM, released in February 2015 that estimates up to 507,000 women and girls living in the U.S. are at risk of or have undergone FGM and also provides prevalence rates by state and metropolitan area. Both studies have made clear that we need more detailed information on specifics surrounding women and girls affected or at risk of FGM in the US.”

Violence against women is alive and well:

Fact #1: Over 22 million women in the United States have been raped in their lifetime. (National Intimate Partner and Sexual Violence Survey 2010)

Fact #2: 18.3% of women in the United States have survived a completed or attempted rape. (National Intimate Partner and Sexual Violence Survey 2010)

Fact #3: Of the 18.3% of women who have survived rape or attempted rape, 12.3% were younger than age 12 when they were first raped, and 29.9% were between the ages of 11 and 17. (National Intimate Partner and Sexual Violence Survey 2010)
Fact #4: Every 90 seconds, somewhere in America, someone is sexually assaulted. (Calculation based on 2012 National Crime Victimization Survey. Bureau of Justice Statistics, U.S. Department of Justice)

“If a woman who conceives through rape does go on to have the child, she can open herself up to being victimized by her rapist again and again. In 31 states, paternal rapists are allowed to sue for custody and visitation rights like any other father . . .”

“As Bloomberg News reports, 162 clinics have closed or stopped offering abortion since 2011, and only 21 have opened. (Guttmacher counts fewer than 2,000 to handle the over 1 million abortions a year.) To make things worse, the clinic closures tend to be more concentrated in red states, which means that there are some places in this country where women simply can’t get an abortion if they need one.”

“A study found that between 100,000 and 240,000 Texas women of reproductive age have attempted to end a pregnancy on their own without medical assistance. Based on a comparison with earlier data, the findings of this study suggest that the incidence of self-induced abortion may be proportionally higher in Texas than among women in the rest of the country.”

“The Economic Policy Institute shows that men still outearn women at every rung of the income ladder. The higher up the ladder, the bigger the gap. In 2014, women in the 95th percentile of female earners made 79 percent of wages for men at the 95th percentile, while women in the lowest 10th percentile made 91 cents for each $1 earned by their male counterparts. At the high end, corporate norms are likely the biggest factor influencing pay scales, and, while policies differ from company to company, the result is that women are still paid much less than men. At the low end, the minimum wage is a big factor influencing pay scales, and, since that applies to everyone, there is less pay disparity at the bottom of the ladder. Yet, even at that, women in low-wage jobs are paid less than men in low-wage jobs.”

“Women are almost twice as likely as men to live below the poverty line during retirement, with single and minority women struggling the most.

“On average, women 65 years and older rely on a median income of around $16,000 a year — roughly $11,000 less than men of the same age, according to a Congressional analysis of Census data. And many elderly women rely exclusively on Social Security benefits.

“The problem: Women earn — and save — less over their lifetimes than men, leaving them with a smaller nest egg. And because they tend to live longer, that savings has to last longer, too.”

Days and months of recognition seem great. It seems like we shine a spotlight on a particular problem as a way to usher in solutions. But each year the problems I’ve listed (as well as many other gender-related problems) go unsolved. In fact many of them get worse.

We’re in an election year. This gives us an opportunity to vote out elected officials who are against equality (cough-cough REPUBLICANS cough-cough) and vote for people who will work to level the playing field. If we don’t, we can look forward to more inequality, more violence against women and less choice.

Consider all of this while you post your memes and articles. Recognition is fine and dandy but your vote can and will make the difference.