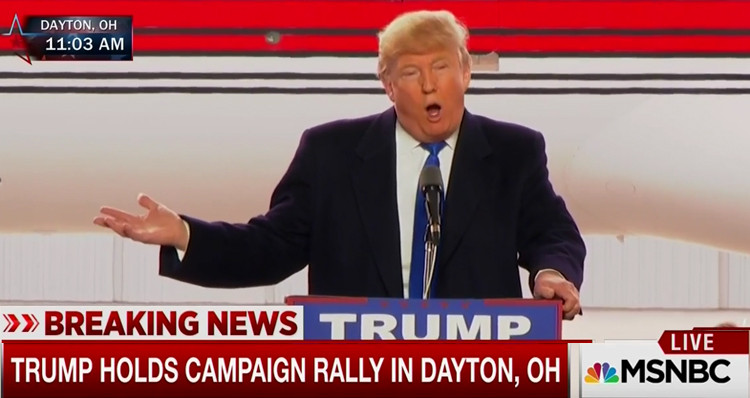 Trump was addressing the ongoing violence at his campaign rallies in Dayton, Ohio, referring specifically to “the massive protests that forced him to cancel a campaign rally in Chicago the night before,” according to a report by The Hill.

Trump claimed that his supporters “caused no problem,” adding that “They were taunted, they were harassed by these other people — by the way, some represented Bernie, our communist friend.”

“With Bernie, he should really get up and say to his people, ‘stop, stop.’ Not me.”

Additionally, as The Hill reports: “Secret Service agents rushed onstage to protect Trump late in his speech when it appeared that someone was attempting to rush the stage.”

“I was ready for him, but it’s much easier if the cops do it,” Trump said later when asked about the situation.