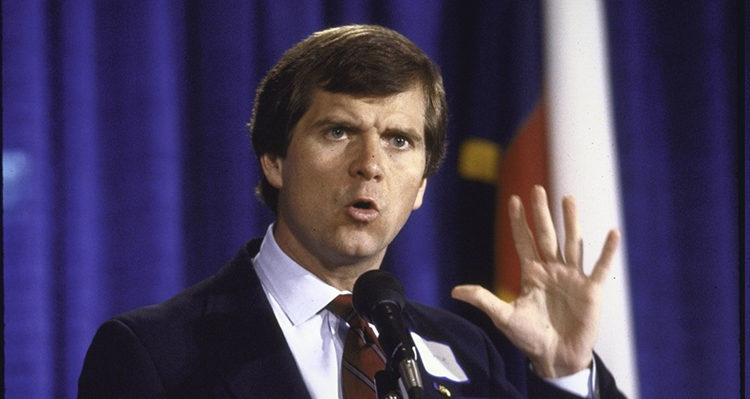 The GOP has had a strategy in place for decades for winning the racist vote without appearing to be racist.

In 1981, the legendarily brutal campaign consultant Lee Atwater, after a decade as South Carolina’s most effective Republican operative, was working in Ronald Reagan‘s White House when he was interviewed by Alexander Lamis, a political scientist at Case Western Reserve University.

The same researcher responsible for revealing Mitt Romney’s “47 percent” remarks, James Earl Carter IV (President Jimmy Carter‘s grandson) dug up that entire forty-two minute interview with Atwater detailing the Republican strategy for winning the vote of racists without appearing to be racist themselves in what has become known as The Southern Strategy, and it was published by The Nation in 2012.

Most recently, The New Republic reports that the current Republican presidential campaign, and that of presumed nominee Donald Trump in particular, “can best be understood not as an outlier but as the latest manifestation of the Southern Strategy, which the Republican Party has deployed for a half-century to shore up its support in the old Confederate states by appeals to racial resentment and white solidarity.”

Atwater summarized the Southern Strategy to Lamis as follows:

You start out in 1954 by saying ‘n-gger, n-gger, n-gger’. By 1968, you can’t say ‘n-gger’ – that hurts you. Backfires. So you say stuff like, uh, forced bussing, states’ rights and all that stuff. You’re getting so abstract now you’re talking about cutting taxes, and all these things you’re talking about are totally economic things and a byproduct of them is blacks get hurt worse than whites. And subconsciously maybe that is part of it. I’m not saying that. But I’m saying that if it is getting that abstract, and that coded, that we are doing away with the racial problem one way or the other. You follow me – because obviously sitting around saying ‘We want to cut this’ is much more abstract than even the bussing thing, and a hell of a lot more abstract than ‘n-gger, n-gger’.

The Guardian elaborated on this strategy in March of this year, reporting:

The problem was mainly one of marketing: how to make racism suitable for prime time. It was Atwater’s mentor and fellow South Carolinian Harry Dent Sr, a former adviser to Strom Thurmond, who helped Nixon perfect the southern strategy, tutoring the future president in the kinder, gentler vocabulary of the new racial politics, a politics that would deliver the White House to Republicans in five of the next six presidential elections.

It wasn’t an accident. It took planning and work. As made plain in the 1969 book The Emerging Republican Majority by Nixon advisor Kevin Phillips, the southern strategy was a considered, premeditated, highly disciplined appeal to southern whites, and more generally to the deep-seated racism of America.

Phillips himself offered further details in an interview that was published by The New York Times in 1970:

From now on, the Republicans are never going to get more than 10 to 20 percent of the Negro vote and they don’t need any more than that, but Republicans would be shortsighted if they weakened enforcement of the Voting Rights Act. The more Negroes who register as Democrats in the South, the sooner the Negrophobe whites will quit the Democrats and become Republicans. That’s where the votes are. Without that prodding from the blacks, the whites will backslide into their old comfortable arrangement with the local Democrats.

The Washington Post summarized Phillips remarks, reporting that “In other words, the idea was to capitalize on the racial fears and grievances of Southern whites — by letting black voters drift away from the GOP and even encouraging them to stay away.”

You can read more about Atwater and this historic interview in an exclusive piece in The Nation entitled Lee Atwater’s Infamous 1981 Interview on the Southern Strategy, and you can watch the full interview, below: