Jon Stewart May Be Returning To Television Before The Election 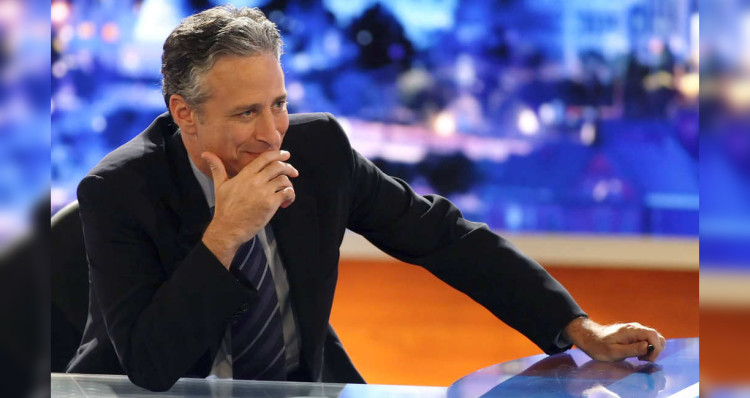 Jon Stewart may be back on the air in time to save us from the 2016 election!

Although no time frame was given for the launch at the time, HBO CEO Richard Plepler told CNN’s Brian Stelter on Thursday that he was “hopeful” that the show would launch before the general election in November.

<Sure, it’s no guarantee that Stewart’s return will restore peace to a fractured America. In fact, by his own admission, it might be too late to save us. When asked if he would consider returning to TV if Trump were elected president, Stewart said last September, “I would consider getting in a rocket and going to another planet because clearly this planet has gone bonkers.”

In addition to his expected new program, the “Daily Show” alum will also have first-look options for other television and film options, according to a press release from HBO.

Jon Stewart and HBO have concluded an exclusive four-year production pact, it was announced today by Michael Lombardo, president, HBO Programming. The partnership marks the next phase of Stewart’s groundbreaking career, beginning with short-form digital content, which will be showcased on HBO NOW, HBO GO and other platforms, and includes a first-look option for other film and TV ventures.

In his first project for HBO under the new deal, Stewart will view current events through his unique prism. Working with the pioneering cloud graphics company OTOY, Inc., he is developing new technology that will allow him to produce timely short-form digital content, which will be refreshed on HBO NOW multiple times throughout the day. Additional projects will be announced as they are confirmed.

“Jon Stewart led a revolution that changed the face of TV comedy on the ‘Daily Show,’” said Lombardo, adding “He graced our network nearly 20 years ago, so we’re thrilled to welcome back his immense talents in this next chapter of his career.”

Stewart stated: “Appearing on television 22 minutes a night clearly broke me. I’m pretty sure I can produce a few minutes of content every now and again.”

Stewart hosted “The Daily Show with Jon Stewart” for 16 years beginning in 1999 and stepped down from the show earlier this year. The show won three Primetime Emmys®, including Outstanding Variety Talk Series, and has received 23 Primetime Emmys® overall, as well as two Peabody Awards, which are given in recognition of distinguished and meritorious public service by American radio and television.

Stewart’s previous HBO credits include the stand-up special “Jon Stewart: Unleavened,” hosting the HBO Special “George Carlin: 40 Years of Comedy,” and “Mr. Show with Bob and David” as well as a recurring role on “The Larry Sanders Show.”