The Demented Mind of Donald Trump in 30 Seconds (Video) 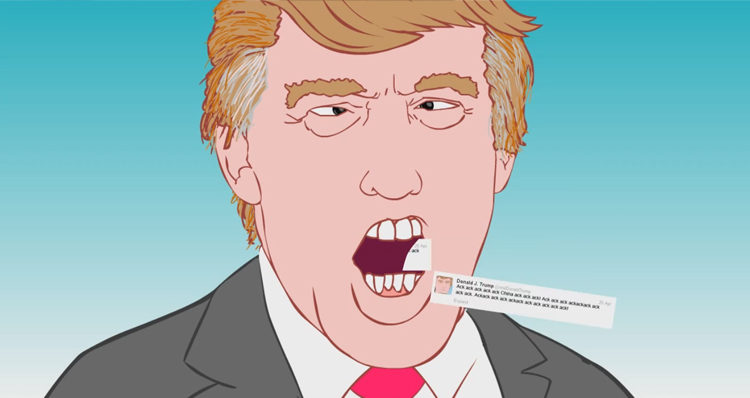 An awesome and, sadly, quite accurate look at the twisted mind of Donald Trump.

Graham Murkett, who published material to include videos under the fictional name Some Grey Bloke, published this clip on YouTube on April 29, 2013 – years before the billionaire bigot entered the 2016 Republican presidential primary campaign.

This clip takes on a new meaning in light of his ascension to becoming the presumed Republican nominee.

What is interesting to me is the fact that Murkett was slamming Trump for his inane and insane proclivity for posting on Twitter – something he is noted for today.

In some instances other Twitter users are linked in the tweets.

As to the video, below – I don’t think this one requires any explanation.

Check it out and let us know if you agree.