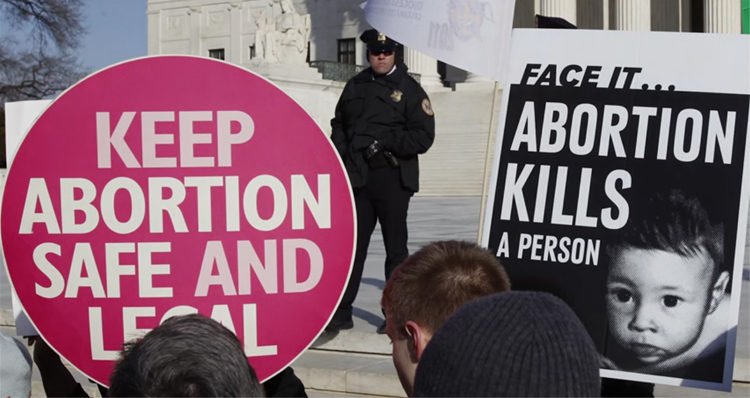 A brief history of anti-abortion violence in the U.S.

As Mother Jones reports, the video “shows a chilling timeline of violence against abortion providers over the past two decades, from the 1993 murder of Dr. David Gunn in Pensacola, Florida, up through the recent shooting at a Planned Parenthood clinic in Colorado Springs, Colorado.”

But perhaps the most heart-stopping detail is that abortion providers are in increasingly short supply—Reuters reports that in 1982, there were 2,908 providers in the United States. In 2011, that number had dropped to 1,720.

Thomson Reuters Foundation reports that “Anti-abortion violence has grown in America in the years since the Supreme Court decision Roe v Wade in 1973 made abortion legal.”

The video timeline, below, reports that: “The first clinic arson was reported in 1976, a series of bombings took place two years later and the first murder occurred in 1993, according to the National Abortion Federation which has been keeping track.”

“Overall there have been 26 attempted murders and 11 murders, two of which were in 2015, which the Federation said was the most violent year yet, with spikes in the number of clinic blockades, threats to providers and online hate speech.”

You can watch the timeline, below, and be sure to let us know your thoughts and any possible solutions in the comments section at the end of the page.

The Thomson Reuters Foundation acts to promote socio-economic progress and the rule of law worldwide. They play a leading role in the fight against human trafficking. The Foundation uses the skills, values and expertise of Thomson Reuters to run programs that trigger real change and empower people around the world. They tackle global issues. They achieve lasting impact.