‘The End Of Fox News Is Near’ – Even Conservatives Agree 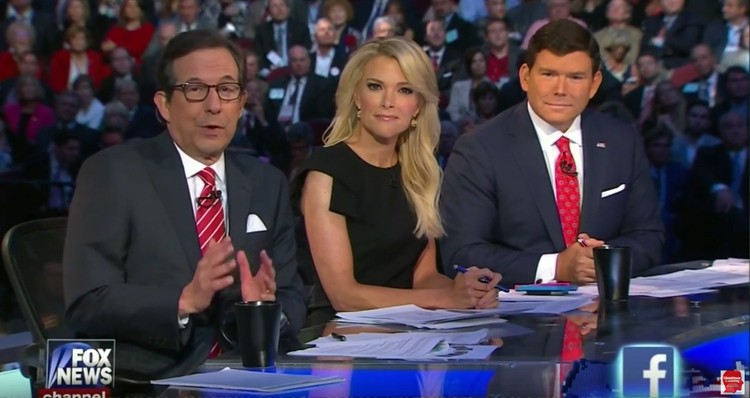 Does the resignation of Fox News chief Ailes mark the beginning of the end for the network?

The big news this week, aside from the disastrous RNC, was the resignation of Roger Ailes – abruptly ending his “20-year rein over America’s most lucrative and powerful cable news channel for conservatives,” as reported by Reuters on Thursday.

“Rupert Murdoch will assume the role of Chairman and acting CEO of Fox News Channel and Fox Business Network,” according to a press release issued by parent company 21st Century Fox announcing the resignation.

What does this mean for Fox News moving forwards? An article from last June published by the conservative website, World Net Daily (WND) might shed some light.

At that time, WND predicted the end of Fox News saying they give the network “a year at most” – a prediction that might prove true, although their time-frame is a bit off…

This prediction is even more interesting considering the ultra-conservative slant of WND. For instance whacked out racist gun-nut Ted Nugent is a frequent contributor, as is anti-feminist Phylis Schlafly and other social conservative authors, such as Pat Buchanan, Ann Coulter, Bill O’Reilly, and Chuck Norris.

Joseph Farah, the founder, editor and CEO of WND, has been predicting the end of Fox News for a couple of years now, claiming that

although Fox offered points of view and reporting that so-called “mainstream” news outlets avoided, things would be changing in the future. I offered that only two people, then both in their 80s, were totally responsible for the Fox’s different approach to covering the news and that when they inevitably moved on in the next five years, the “fair and balanced” channel would morph into becoming more like CNN.1

Those two men are Rupert Murdoch, the chief executive officer of 21st Century Fox and Roger Ailes who is now gone.

As Liberals Unite reported last year, Murdoch is preparing to begin relinquishing control of his media empire and is expected to step down as CEO of 21st Century Fox, which includes cable, film, and satellite television properties, by the end of 2016 according to a report by The Wall Street Journal.

What exactly does this mean about the leadership of Fox News?  Farah reported last year that Ailes was only reporting to Murdoch during that anticipated transition and “all executives would report to Murdoch’s kids, who are taking over for their father.”

He then goes on to make the following prediction regarding the future of Fox News:

That will leave the fate of Fox News to the Murdoch children who have no use for it. They don’t care how much money it makes. They are embarrassed by it. Raised with silver spoons in their mouths, it’s not about the money. It’s about politics and social acceptance. They care more about being invited to the right cocktail parties in New York than they do about the ratings and financial success of Fox News. Much more.

He concludes his obituary for Fox News, writing that the network failed to live up to its potential:

Fox News Channel never quite lived up to its potential – because of sacred cows, competing corporate interests and general self-consciousness about being part of the “mainstream.” But it would be a mistake to underestimate what it demonstrated in its successes about the failings of the rest of the media.

I have to tell you…this may be a little controversial, but I believe, a lot of people look at Fox News as, you know, their alternative choice for TV and I think Fox has a lot of limitations and I am not particularly excited about it but one thing I do know is that whatever it is doing well right now it is not going to continue doing well into the future because it depends on two human beings who are both in their 80’s, Roger Ailes and Rupert Murdoch, they’re not going to be around forever and when they leave, inertia, that is very familiar to me from my many years in the main stream media, will take Fox News right where CNN is and the New York Times and everybody else. And the children, the Murdoch children, have said they can’t wait to make Fox News more like CNN. Now why would you want to make the successful Fox News more like the unsuccessful CNN? Because, you get invited to better cocktail parties in Manhattan when you do that – it’s that simple. So we want to be there with a video alternative – a TV alternative – when Fox News inevitably implodes. It’s that simple.