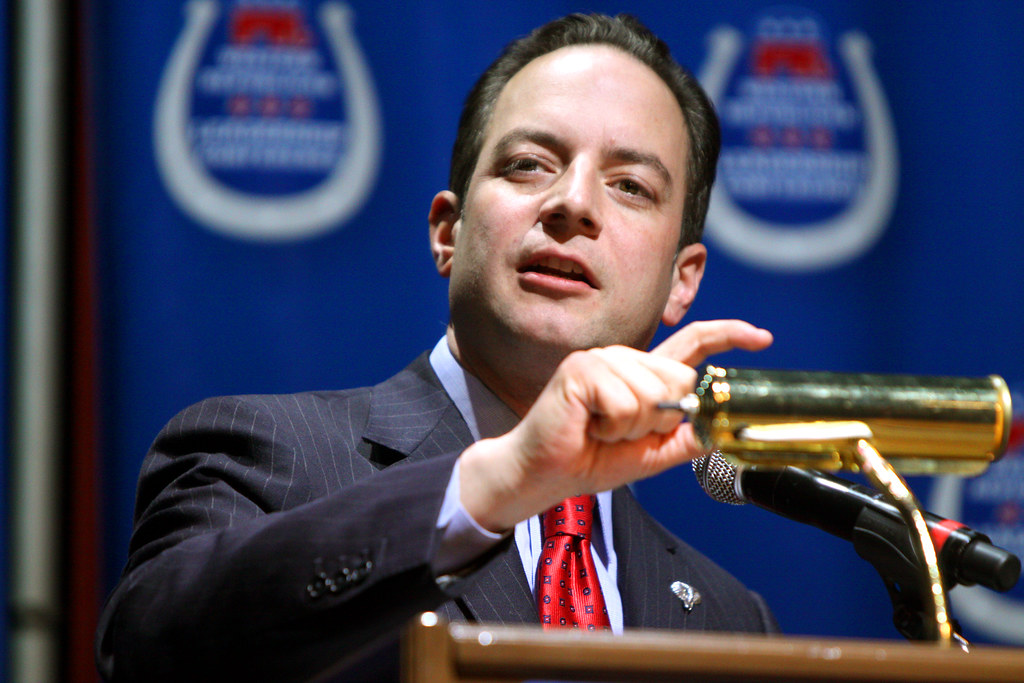 Candidates who don’t back Trump may not be allowed to run again according to RNC Chair Reince Priebus.

Republican National Committee Chairman Reince Priebus suggested on Sunday that primary candidates in the “never Trump” category might be barred from running for the Republican nomination again.

Speaking to CBS “Face the Nation“ host John Dickerson about Trump’s primary opponents, Priebus stated that those doubters could face serious consequences for their failure to support Donald Trump’s campaign in the lead-up to the national election.

“Those people need to get on board. And if they’re thinking they’re going to run again someday, you know, I think that we’re going to evaluate the process of the nomination process, and I don’t think it’s going to be that easy for them,” he continued.

Asked by Dickerson “would the party itself penalize somebody who does not make good on the pledge that they made to support the party’s nominee?” – Priebus responded: “I think these are things that our party’s going to look at in the process. And I think that people who gave us their word, used information from the RNC, should be on board. I mean why take part in the process.”

Priebus did not specify exactly who might be impacted, but former Florida Gov. Jeb Bush, Texas Sen. Ted Cruz and Ohio Gov. John Kasich are the most prominent primary candidates who have refused to support the Trump campaign.

Asked whether Kasich “might be out of luck as far as the RNC goes,” for another run at the nomination, Priebus answered in general terms regarding all ex-GOP primary candidates:

Well, I — look, people are — in our party are talking about what we’re going to do about this. I mean there’s a ballot access issue in South Carolina. In order to be on the ballot in South Carolina, you actually have to pledge your support to the nominee, no matter who that person is? So what’s the penalty for that? It’s not a threat. It’s just a question that we have a process in place. And if a private entity puts forward a process and has agreement with the participants in that process, and those participants don’t follow through with the promises that they made in that process, what — what should a private party do about that if those same people come around in four or eight years?

CNN reports that “Ted Cruz vigorously defended his decision not to stand by a pledge to endorse the Republican presidential nominee in a remarkable 25-minute back-and-forth with his own constituents” on July 21st, the day after he was booed off the stage at the Republican National Convention for refusing to endorse Trump.

“That pledge was not a blanket commitment that if you go and slander and attack Heidi, that I’m going to nonetheless come like a servile puppy dog and say thank you very much for maligning my wife and maligning my father,” Cruz told members of the Texas delegation. This isn’t a team sport,” Cruz added. “You don’t just put on red jerseys and blue jerseys and say ‘yay!’ This is about principles.”

Jeb Bush spoke of his opposition to Trump in a July 11 interview with former Bush administration aide Nicole Wallace on MSBNC. “Conservatism is temporarily dead. … Donald Trump is barely a Republican. He’s certainly not a conservative,” he said. “I can’t vote for Donald Trump and I can’t vote for (presumptive Democratic nominee) Hillary Clinton. It breaks my heart.”

Later in the interview he elaborated on his decision not to vote, stating that: “The simple fact is there’s a threshold past which anybody that steps into the Oval Office must go past. And I don’t think either Hillary Clinton or Donald Trump pass that threshold in terms of temperament, character, trustworthiness, integrity.”

NBC News reports that, “pressed with a retweet from Trump” telling him that he ought to “get on board” or leave the GOP, Kasich stated that: “It’s painful. It’s painful. People even get divorces, you know? Sometimes things come about that, look, ‘I’m sorry this has happened, but we’ll see where it ends up.’ I’m not making any final decision yet, but at this point I just can’t do it.”

Kasich’s campaign responded to the implied threat on Sunday stating that Priebus should be thanking Kasich for “an inclusive, conservative vision that can actually win a national election,” according to Politico.

Kasich adviser John Weaver lashed out at Priebus, calling him “a Kenosha political operative,” referring to Priebus’ Wisconsin home, stating that: “Thankfully, there are still leaders in this country who put principles before politics,” adding that: “The idea of a greater purpose beyond oneself may be alien to political party bosses like Reince Priebus, but it is at the center of everything Governor Kasich does.”

“The Governor is traveling the nation supporting down ballot Republicans and preventing a potential national wipeout from occurring on Reince’s watch,” Weaver added.

Politico reports that Kasich’s statement could spell trouble for Republicans at a key point in the election cycle. “Kasich’s statement was a stunning act of open hostility between the national Republican Party and the governor in perhaps the most crucial swing state — and at a sensitive moment in the election. Trump has risen in national polls and inched closer to Hillary Clinton in swing states. He’s even passed her in Ohio, perhaps his strongest chance to capture a state that Mitt Romney lost in 2012.”