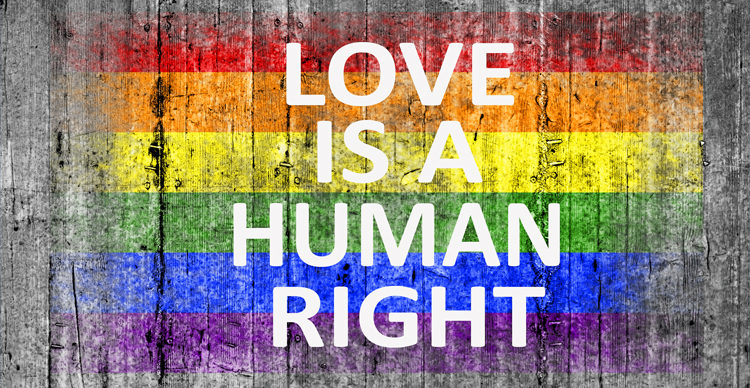 Republican nominee Donald Trump has been courting the LGBT community for months going so far as to reach out to them during his nomination speech. As Vox reported in July, Trump brought up the mass shooting in Orlando, Florida, telling the crowd that: “Only weeks ago, in Orlando, Florida, 49 wonderful Americans were savagely murdered by an Islamic terrorist. This time, the terrorist targeted [the] LGBTQ community. No good. And we’re going to stop it. As your president, I will do everything in my power to protect our LGBTQ citizens from the violence and oppression of a hateful foreign ideology. Believe me.”

However, as Vox continues:

It’s long been said that Trump doesn’t care much about LGBTQ or other cultural issues. (Silicon Valley billionaire Peter Thiel said as much in his Republican convention speech.) … But the rhetoric Trump is using has some ugly roots: It’s essentially a European right-wing strategy to pit LGBTQ people against Muslims. As my colleague Dylan Matthews explained, European right-wingers often use Middle Eastern countries’ horrific records on gay rights to try to foster Islamophobic sentiments among LGBTQ communities — a sentiment they can tap into to garner restrictions on immigration from predominantly Muslim countries. It’s effectively pro-gay Islamophobia.

LGBTQ Nation elaborates further, reporting that Trump’s claim to protect members of the LGBTQ community “gets harder to believe by the week, as he gives speeches at anti-LGBTQ events, sticks up for homophobic and transphobic legislation and surrounds himself with bigoted politicians and advisers.”

Even more insidious, LGBTQ Nation uncovered a press release that appears to have been carefully hidden on Trump’s campaign website in which he pledges to sign into law the First Amendment Defense Act (FADA) if is passed by Congress.

The top section of his press release, sub-titled “Religious Freedom,” reads as follows:

Religious liberty is enshrined in the First Amendment to the Constitution. It is our first liberty and provides the most important protection in that it protects our right of conscience. Activist judges and executive orders issued by Presidents who have no regard for the Constitution have put these protections in jeopardy. If I am elected president and Congress passes the First Amendment Defense Act, I will sign it to protect the deeply held religious beliefs of Catholics and the beliefs of Americans of all faiths. The Little Sisters of the Poor, or any religious order for that matter, will always have their religious liberty protected on my watch and will not have to face bullying from the government because of their religious beliefs.

As LGBTQ Nation explains, the FADA “was first introduced in the House on June 17, 2015 and would effectively legalize anti-LGBTQ discrimination across the board, including among employers, businesses, landlords and healthcare providers, as long as they claim to be motivated by a firmly held religious beliefs,” and the bill would also “act to overturn the executive order signed in 2014 by President Obama prohibiting anti-LGBTQ discrimination among federal contractors.”

Cosmopolitan has a great article detailing the insidious and oppressive nature of the FADA, stating in part that:

Since the First Amendment doesn’t support the kind of overt discrimination some conservatives have long wanted it to, contemporary Republicans need a new law. That’s where FADA comes in. Though the words “First Amendment” are in the title, it in fact flies in the face of how the twin values of free exercise of religion and the non-establishment of religion have long been understood. It would allow any employer with a government contract to refuse to let an employee take time off to care for a sick same-sex spouse, or terminate the employment of an unmarried woman if she became pregnant, as long as the employer said he or she was acting in accordance with a religious belief or moral conviction. Social Security administrators could simply refuse to process paperwork for LGBT people and claim they were exercising their religious liberty, and a public housing administrator or social worker could refuse to help single mothers.

FADA has 171 co-sponsors, almost all of them Republicans. Donald Trump has promised to sign it into law if given the chance.