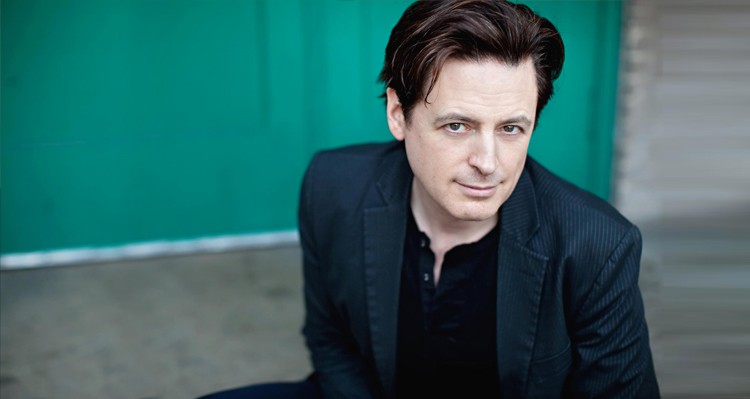 John Fugelsang comes up with the perfect way to end the Trump campaign.

Actor, comedian and political commentator John Fugelsang is well-known for his epic tweets, and most recently he came up with the perfect solution for America’s Trump problem… break up his apparent bromance with Russian President Vladimir Putin.

“If you really want an effective means to stop the Trump campaign then find a way to convince Putin that Trump’s gay,” he tweeted earlier today.

If you really want an effective means to stop the Trump campaign then find a way to convince Putin that Trump's gay.

And speaking of Fugelsang and presidential politics, Fugelsang was the one who prompted the Romney campaign’s infamous Etch-a-sketch gaffe.

Fugelsang asked Eric Fehrnstrom, a top Romney aid, how their campaign might change if Romney were to win the nomination, and he replied it would be like resetting an Etch-a-sketch.

“Well, I think you hit a reset button for the fall campaign,” Fehrnstrom replied, adding:  “Everything changes. It’s almost like an Etch-A-Sketch. You can kind of shake it up and we start all over again.”

Eric Fehrnstrom, a top aide to Romney, was asked by comedian and political commentator John Fugelsang on CNN how their campaigning would change if and when Romney wins the Republican nomination. He answered it would be like an Etch A Sketch to shake-up and start over. Immediately, Santorum and Gingrich took the opportunity to say Romney flips and is not a true Conservative. Each held up an Etch A Sketch toy as a visual aid to their audiences. Ron Paul created a short ad saying this is petty when we have “$15 trillion in debt, 12 million unemployed, and USA at war.”[185] Following the incident the Ohio Art Company saw a 30% increase in sales of Etch A Sketches.

As The Atlantic reported at the time:

[I]n the summer of 2013, when the Russian government, which decriminalized homosexuality in 1993, banned the dissemination of “propaganda of nontraditional sexual relations” around children—making it more difficult for gay activists to operate and, rights groups allege, fueling a rise in anti-gay violence in the country. Around the same time, President Vladimir Putin signed another law prohibiting gay and lesbian couples in foreign countries from adopting Russian children.